Home » About Us » News » Our double miracles – Chloe and Layla 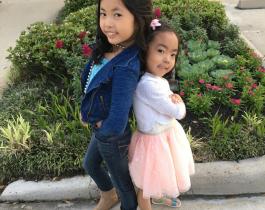 Our double miracles – Chloe and Layla 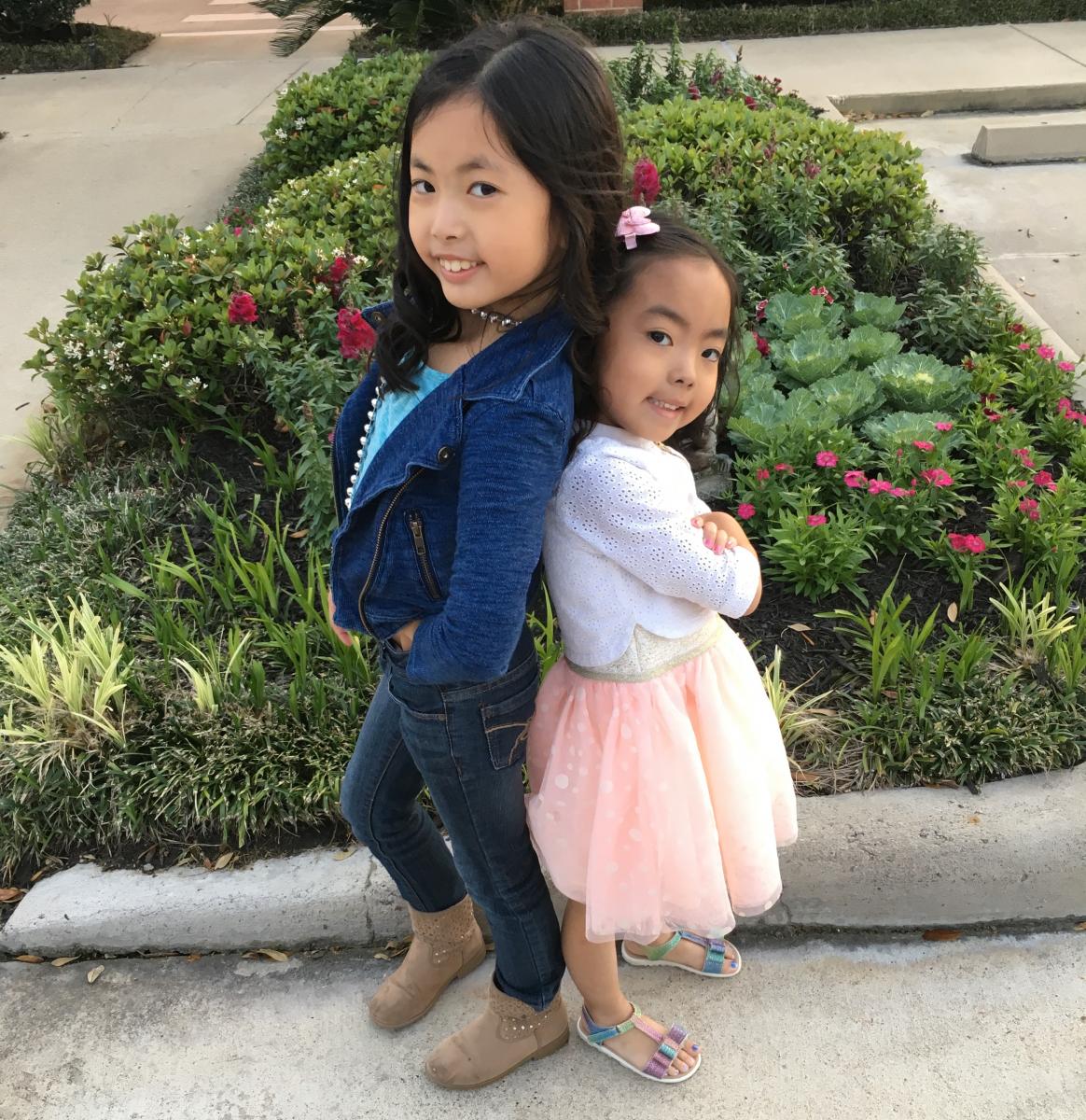 I have two daughters. Chloe is an outgoing, inquisitive 8-year old, an “old soul,” as I call her. My younger one, 5-year old Layla, is sweet and loving. They are just like other girls their age and simply perfect in my eyes.

My pregnancy with Chloe was normal up until the last month. My physician was concerned that the baby was small and was hardly moving. Chloe was delivered by an emergency C-section. In the recovery room, I kept drifting in and out of consciousness. As an obstetrics and gynecology nurse, I remember thinking, “This is so strange. This isn’t normal.” Soon after, I passed out. When I came around briefly, I remember being told I was hemorrhaging and needed surgery to stop it.  I woke up in the intensive care unit late that night and had still not seen Chloe, but was assured she was doing fine.

The next day, Chloe started having multiple issues – she did not feed, was very limp and was found to have some heart issues. She was transferred to Texas Children’s Hospital by my request. The first two weeks after her birth were a whirlwind of tests, all of which came back negative. In the end, there was no specific diagnosis, just that she had low muscle tone and needed a feeding tube.

A month later when Chloe was discharged, I felt a riot of emotions. While I was very relieved and happy to take her home, I was also apprehensive about not knowing the cause of her health issues. The occupational and physical therapist’s weekly visits helped her immensely. Slowly she started eating more solid foods and we were thrilled when her feeding tube was removed around 10 months old.

Although she was slow to crawl and walk, she was very interactive and started saying a few words by the time she was 13 months. Her big milestone was at 18 months when we were able to stop her regular physical therapy sessions. She had met all her developmental milestones and did not exhibit any neurological issues.

Three years later, when I became pregnant with Layla, we were much better prepared. During the intervening years, I was diagnosed with von Willebrand’s syndrome (a clotting disorder), which explained the hemorrhaging episode after my first pregnancy. I was closely monitored during this pregnancy, advised bed rest and a scheduled C-section at 37 weeks. Layla’s birth was uneventful, but on the third day she choked on her milk and turned blue. She also needed a feeding tube. She wasn’t allowed to drink via a bottle until she passed her swallow study at 5 months.

It is nothing short of a miracle that Layla’s health issues also resolved by the time she was 2!

When the Undiagnosed Disease Network at Texas Children’s Hospital reached out to us in late 2015 to inquire if we wanted to be a part of a study to identify the genetic cause of rare undiagnosed disorders, our girls were doing fine. Yet, I was interested in having my girls participate for various reasons. As a mother, I wanted to know if my daughters’ health issues were hereditary. More importantly, as a medical professional, I knew our participation could immensely help many other families. My husband and I were very thankful for the outstanding quality of health care our daughters received at Texas Children’s and wanted to help other families.

Genetic analysis of our daughters’, my husband’s and my DNA showed that while their dad and I each carried a single copy of rare mutation in the gene SCN4A, our daughters had received a double whammy (two mutated copies of SCN4A) which could have been the cause of their early health issues. This condition had just very recently been described in the medical literature. Other infants with this mutation also had similar types of symptoms, sometimes with a fatal outcome. Physicians and research scientists with the UDN are now using animal models to understand why these mutations caused my daughters’ symptoms.

Today, I feel extremely blessed that my girls are doing fine and their health issues are now a thing of the past.

One of the important reasons I decided to share my experience is to advise parents to practice self-care and accept support from family and friends. Having undergone heart-wrenching experiences after both my pregnancies, I know it is very hard to think about your needs at a time like this, but trust me, it is important.

I had circumstantial postpartum depression after both my pregnancies but a slight difference in my outlook made the situation so much better to bear the second time around. With Chloe, I isolated myself and was unable to talk about my experiences in much detail except to a few close family members or friends. By the time Layla came around, I became more open. I welcomed visitors and accepted all offers of help with laundry, meal drop-offs or just a chance to talk with others.

Later on, with the encouragement of my pastor, I was able to share my experiences and offer support to other families going through some of the same things. If you know of anyone in your circle of family or friends with a child in the neonatal intensive care unit (NICU), please consider spending some time with them and offer as much support as you can.