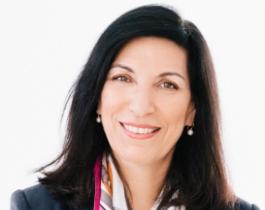 Dr. Huda Zoghbi, M.D., has been named as the 2019 Norman J. Siegel New Member Outstanding Science Award recipient by the American Pediatrics Society (APS), a professional group whose mission is to shape the future of academic pediatrics through engagement of distinguished child health leaders.

Dr. Zoghbi is the Ralph D. Feigin professor of Pediatrics, Neurology, Neuroscience, and Molecular and Human Genetics at Baylor College of Medicine, an investigator with the Howard Hughes Medical Institute, and director of the Jan and Dan Duncan Neurological Research Institute at Texas Children’s Hospital.

The Norman J. Siegel New Member Outstanding Science Award is presented each year to one new APS member. The award recipient is selected for his/her considerable contribution to the advancement of pediatric science. The award is named after Dr. Siegel, who was not only one of the world’s leading nephrologists but was an outstanding teacher and mentor nurturing the early careers of numerous fellows and residents. In addition to being a leader within the medical community, he also educated the parents of the children he treated and left a lasting impression on families.

Dr. Zoghbi is a world-renowned neuroscientist whose patient-inspired research has led to discovery genes responsible for many devastating neurological disorders such as spinocerebellar ataxia, Rett syndrome, MECP2 duplication syndrome, Sudden Infant Death Syndrome and others, which has opned up the exciting possibility of developing therapies for these incurable conditions. For her phenomenal work, she will be presented with a plaque and an honorarium during the APS Presidential Plenary and Awards Session at the Pediatric Societies Academic Meeting in Baltimore, MD on April 28, 2019.