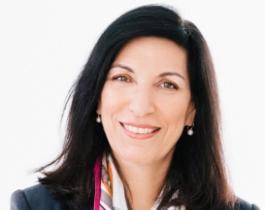 The American Society of Human Genetics (ASHG) has named Huda Zoghbi, MD, as the 2019 recipient of the Victor A. McKusick Leadership Award. Dr. Zoghbi is the director of the Jan and Dan Duncan Neurological Research Institute at Texas Children's Hospital, a professor of Molecular and Human Genetics at Baylor College of Medicine and an Investigator with the Howard Hughes Medical Institute.
This award, named in honor of the late Victor A. McKusick, MD, recognizes individuals whose professional achievements have fostered and enriched the development of human genetics as well as its assimilation into the broader context of science, medicine, and health. ASHG will present the McKusick Award, which will include a plaque and $10,000 prize, to Dr. Zoghbi on Wednesday, October 16, during the organization's 69th Annual Meeting in Houston, Texas.
Learn More
Tuesday, July 23, 2019