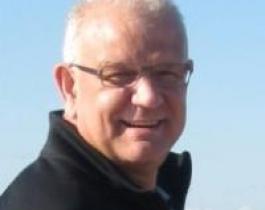 HOUSTON – (Nov. 23, 2020) – Physicians and scientists are constantly on the lookout for new disease genes that can help them understand why patients have undiagnosed medical problems. Often the first clues come from genetic testing that reveals a change or mutation in a gene that they see in a child but not their parents. This is exactly what led to a new study published today in the American Journal of Human Genetics.

A multidisciplinary group including researchers at Baylor College of Medicine, Dana-Farber Cancer Institute and other institutions identified the BICRA gene as a new disease gene involved in a neurodevelopmental disorder and found evidence that BICRA functions in neural development in humans and flies. The findings provide answers to families and reveal to physicians and scientists new insights into how BICRA works, allowing for the development of individualized medical plans for patients in the future.

“Before our study, the BICRA gene only had been associated with a type of cancer of the brain and the brain stem called glioma,” said co-corresponding author, Dr. Hugo Bellen, Distinguished Service Professor of Molecular and Human Genetics at Baylor and member of the Jan and Dan Neurological Research Institute at Texas Children’s Hospital. “BICRA also was known as a chromatin remodeling protein.”

Chromatin remodeling proteins form multi-protein complexes involved in regulating gene expression. The researchers studied the SWI/SNF chromatin remodeling complex, of which BICRA is a member. Some mutations in proteins of this complex cause Coffin-Siris syndrome, a neurodevelopmental disorder characterized by mild to severe intellectual disability, neurodevelopmental delay affecting speech and motor skills, and coarse facial features, specifically a wide nose and thick lips and eyebrows.

“There are three versions of the SWI/SNF complex: BAF, PBAF and ncBAF. BAF and PBAF complexes have been linked to Coffin-Siris syndrome, but ncBAF, which is the only complex including BICRA, has not been connected to human disease,” said co-first author, Dr. Scott Barish, postdoctoral associate in the Bellen lab. This work was performed in collaboration with the lab of Dr. Cigall Kadoch at Dana-Farber Cancer Institute and Harvard Medical School.

In the current study, Bellen, Barish and their colleagues combined human genetics studies and work with zebrafish and fruit fly animal models to better understand the role of BICRA and the ncBAF complex in the development of the nervous system and their connection to neurological disease.

The first patient the researchers identified presented with undiagnosed neurological defects, including neurodevelopmental delay, and other features similar, but not identical, to those observed in Coffin-Siris syndrome patients. Genetic studies revealed that the patient carried a mutation in the BICRA gene.

With the help of the online gene-matching tool GeneMatcher, the researchers found 11 more patients with similar conditions carrying BICRA gene variants. In all 12 cases, the BICRA mutations were new in the patients, they were not inherited from their parents. Some of the mutations led to loss of function of the BICRA protein. Further analyses showed that BICRA mutations can cause disease in a dominant fashion – a mutation of only one of the two copies of the BICRA gene in the genome is sufficient to cause disease.

To investigate the potential connection of the BICRA gene with the features observed in the patients, the researchers turned to zebrafish and fruit flies.

“We conducted the work with zebrafish in collaboration with the Undiagnosed Disease Network Zebrafish Core run by Dr. Monte Westerfield and Dr. John Postethwait at the University of Oregon. They made a mutation in the zebrafish version of BICRA that mimicked the mutation in one of the patients,” Barish said. “The zebrafish carrying the mutation showed a craniofacial defect that was similar to the facial features observed in the patients.”

In fruit flies, the scientists showed that BICRA is expressed in the nuclei of neurons and glia, both in the larval and adult brain.

“This work provides first evidence that the chromatin remodeling protein BICRA and the ncBAF complex function in neural development in humans and flies. BICRA mutations leading to loss of function are linked to a neurodevelopmental disorder characterized by intellectual disability, developmental delay and facial defects that resemble, but are not identical, to those observed in other conditions caused by defects in related chromatin remodeling complexes,” said Bellen, who also is an investigator at the Howard Hughes Medical Institute at Baylor.

“It is likely that the genes that make those other proteins in the ncBAF complex also play a role in human health. Now physicians and scientist around the world will pay closer attention to changes in those genes. Identifying BICRA as a disease gene may increase the speed at which other disease genes are identified,” said co-corresponding author Dr. Daryl Scott, associate professor of molecular and human genetics at Baylor.

Find the complete list of authors, their affiliation and funding sources for this work in the published article.