Home » About Us » News » Dr. Benjamin Arenkiel recognized by TAMEST for breakthrough findings 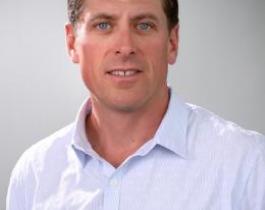 Dr. Benjamin Arenkiel, assistant professor of molecular and human genetics and neuroscience at Baylor College of Medicine and an investigator at the Jan and Dan Duncan Neurological Institute at Texas Children's Hospital, has been awarded the prestigious 2021 Edith and Peter O’Donnell Award in Medicine from the Academy of Medicine, Engineering and Science of Texas (TAMEST). He is being recognized for his breakthrough identification of the brain’s neural pathways that are connected to eating disorders, addiction and other neuropsychiatric disorders, leading to a better understanding of the makeup of neural circuits and how they talk to each other.

He and his team identified a convergent brain circuit that combines sensory perceptions and motivational state. They found that when the circuit is disrupted, it leads to behaviors ranging from anxiety, anorexia, addiction and more.

Arenkiel, who also is a McNair Scholar at Baylor, showed how scientists might use this knowledge to treat severe eating disorders, obesity and addictive behaviors by manipulating the acetylcholine signals initiating such behavior in the basal forebrain. His research shows how replacing or rerouting information around the “bad spots” of the brain can allow the restoration of normal cell function.

“To me, the brilliance in Dr. Arenkiel’s discoveries is his framework for understanding the neural pathways in the brain and the opportunity to make a really big difference by focusing on manipulating and bypassing altered circuits, which could make up for their deficiencies in many neuropsychiatric disorders,” said Dr. Huda Y. Zoghbi, professor of molecular and human genetics at Baylor and director of the Jan and Dan Duncan Neurological Research Institute at the Texas Children’s Hospital.

Arenkiel is one of four Texas-based scientists receiving the TAMEST 2021 Edith and Peter O’Donnell Award for their individual contributions addressing the essential role that science and technology play in society, and whose work meets the highest standards of exemplary professional performance, creativity and resourcefulness.

Arenkiel received his bachelor's degree from St. Cloud State University in Minnesota and his doctoral degree from the University of Utah in the laboratory of Nobel Laureate Dr. Mario Capecchi, where he investigated the developmental genetic programs that function to pattern the embryonic nervous system. He then joined Duke University as a Howard Hughes postdoctoral fellow, where he investigated the neural circuitry of the mouse olfactory system before joining the Baylor faculty in 2010.

Since the inception of the O'Donnell awards in 2006, over $1 million has been awarded to more than 50 recipients in the categories of medicine, engineering, science and technology innovation. Fourteen O’Donnell recipients have gone on to be elected to the National Academies, including three in the last year alone.