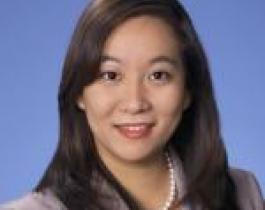 Dr. Hsiao-Tuan Chao, instructor of pediatrics at Baylor College of Medicine and a child neurologist and postdoctoral researcher at the Jan and Dan Duncan Neurological Research Institute (NRI) at Texas Children’s Hospital, has been awarded the National Institutes of Health Director’s Early Independence Award from the High-Risk, High-Reward Research program. This honor recognizes creative scientists who are working on highly innovative research to address major challenges in biomedical research.

The High-Risk, High-Reward program, supported by the NIH Common Fund, is made up of four categories – NIH Director’s Early Independence Award, NIH Director's Pioneer Award, NIH Director’s New Innovator Award and NIH Director’s Transformative Research Award. The goals of these grants are to accelerate scientific discovery by supporting outside-the-box research proposals that may not fare well in the traditional peer review process despite their potential to advance the field. Awardees are chosen for their exciting, trailblazing ideas.

Chao’s Early Independence Award recognizes exceptional junior scientists who have recently received their doctoral degree or completed their medical residency. It allows them to skip traditional postdoctoral training and move immediately into independent research positions. Chao is one of 11 researchers from across the country to be recognized in this award category. At Baylor, she is the second recipient and the first physician-scientist to be awarded this honor since the inception of the award in 2011. (Read about the 2011 Early Independence Award announcement and 2017 New Innovator Award announcement.)

“I am excited by the opportunity to tackle important challenges faced by children and adults with neurologic impairments. Every day I am inspired and motivated by my patients and their families, and every day I see the potential for our work to positively change the outcome of what we used to think were immutable neurologic conditions,” said Chao, who also is an associate program director of the child neurology residency program at Baylor.

The Early Independence Award will provide $1.25 million over 5 years to support her work on how single gene changes that alter transcriptional networks can affect communication between neurons. Chao is combining experimental approaches in fruit fly and mouse models with human sequencing data to elucidate the disease mechanisms of highly prevalent childhood neurological conditions such as autism, intellectual disability and epilepsy.

Chao earned her bachelor of science and bachelor of arts degrees from the University of Texas at Austin and received her M.D. and Ph.D. in neuroscience through the Medical Scientist Training Program (MSTP) at Baylor College of Medicine where she developed a new mouse model to remove MeCP2 from only inhibitory neurons, reproducing almost all the symptoms of Rett syndrome. In doing so, she uncovered a critical role for inhibitory dysfunction in the pathogenesis of neurodevelopmental disorders. Chao also discovered that loss and overexpression of MeCP2 directly impacted the connectivity between excitatory neurons, revealing the critical role of gene dosage and neuronal connectivity.

During her child neurology residency at Texas Children’s, Chao was instrumental in an international collaborative effort with researchers in the Undiagnosed Disease Network, Baylor and the NRI that discovered the association between genetic variations in EBF3 gene and a neurodevelopmental disorder manifesting in cognitive disability, speech impediments, poor muscle tone, impaired coordination and autistic behaviors. This disorder is now known as the Hypotonia Ataxia and Delayed Development (HADD) syndrome. Chao leads a multidisciplinary clinic for HADD syndrome at Texas Children’s, and her research focuses on deciphering how EBF3 gene variation impacts brain development and function in HADD syndrome.

She has collaborated with and trained in the laboratories of Dr. Huda Zoghbi, director of the NRI, professor at Baylor and a Howard Hughes Medical Institute (HHMI) investigator, Dr. Christian Rosenmund, professor of neurobiology at Charité University of Medicine in Berlin, and Dr. Hugo Bellen, professor of molecular and human genetics at BCM, investigator at HHMI and the NRI.

Chao has been the recipient of many other prestigious honors such as the 2017 STAT Wunderkind Award, 2017 Child Neurology Society Outstanding Junior Member, the Neurology Research Scholar Award from the American Academy of Neurology, the Child Neurologist Career Development Program Scholar from the Kennedy Krieger Institute and NINDS, and, most recently, the 2018 Burroughs Wellcome Fund Career Award and thePediatric Epilepsy Research Foundation Award.