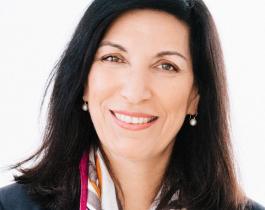 Dr. Huda Zoghbi, pioneering neurologist at Baylor College of Medicine and Texas Children’s Hospital, has been awarded the prestigious 2022 Kavli Prize in the field of neuroscience. She is being recognized for two discoveries – first, of the gene responsible for spinocerebellar ataxia 1 (SCA1), a progressive and often deadly disease in which neurons in the cerebellum and brain stem degenerate, causing loss of balance and coordination as well as swallowing difficulties. Second, for her discoveryof the MECP2 gene responsible for Rett syndrome, a developmental disorder that strikes children, mostly girls, causing regression and disability. She is the first Kavli prize winner for Baylor and Texas Children’s.

Zoghbi is one of 11 scientists from across the globe being named a Kavli Prize Laureate. The Kavli Prize is a partnership among the Norwegian Academy of Science and Letters, the Norwegian Ministry of Education and Research and the Kavli Foundation to recognize scientists in astrophysics, nanoscience and neuroscience for breakthroughs that transform our understanding of the big, the small and the complex.

Her longtime collaborator and colleague Dr. Harry T. Orr, professor in the Department of Laboratory Medicine and Pathology at the University of Minnesota, also is receiving the same honor. He and Zoghbi independently discovered the gene known as ATAXIN1, which is responsible for SCA1. Working together, Orr and Zoghbi discovered that a repeat expansion causes SCA1 and discovered that the mutation caused proteins to misfold and accumulate, eventually leading to neuronal dysfunction and death. The Zoghbi and Orr teams have elucidated the disease mechanism and identified paths that can be pursued for therapeutic interventions. 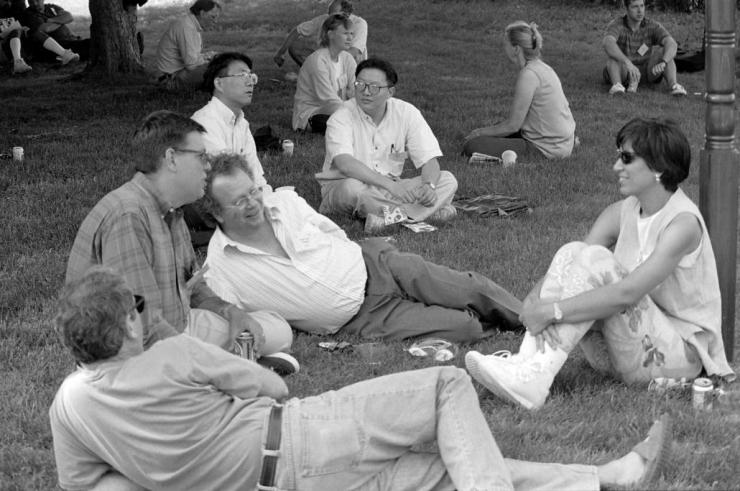 “I am deeply honored by this recognition and credit my mentors, trainees, collaborators and the incredible research environment at Baylor and Texas Children’s Hospital in helping me advance the work on SCA1 and Rett syndrome,” said Zoghbi, who is also a Howard Hughes Medical Institute investigator. “To be acknowledged alongside Harry Orr, Jean-Louis Mandel and Chris Walsh is especially meaningful as it is beautiful recognition of the power of genetics for understanding disease.”

Zoghbi is the founding director of the Jan and Dan Duncan Neurological Research Institute at Texas Children’s and a Distinguished Service Professor at Baylor.

“Dr. Zoghbi is a superb scientist and talented innovator. She has expanded the field of neurogenetics and continues to do so not only with her research and patient care, but also through her mentorship and educational leadership at Baylor,” said Dr. Paul Klotman, president, CEO and executive dean of Baylor. “Her discoveries have helped to treat pediatric patients and now even adults as she continues to make new discoveries in her field of neurodegenerative diseases.”

The journey to ATAXIN1

Zoghbi started her career as a clinical neurologist. Encountering girls with Rett syndrome inspired her to go into research. Zoghbi’s patient care and research focuses on developmental disorders. It was during her early work treating Rett syndrome, which is not inherited, that she took note of an inherited neurodegenerative disorder, spinocerebellar ataxia. 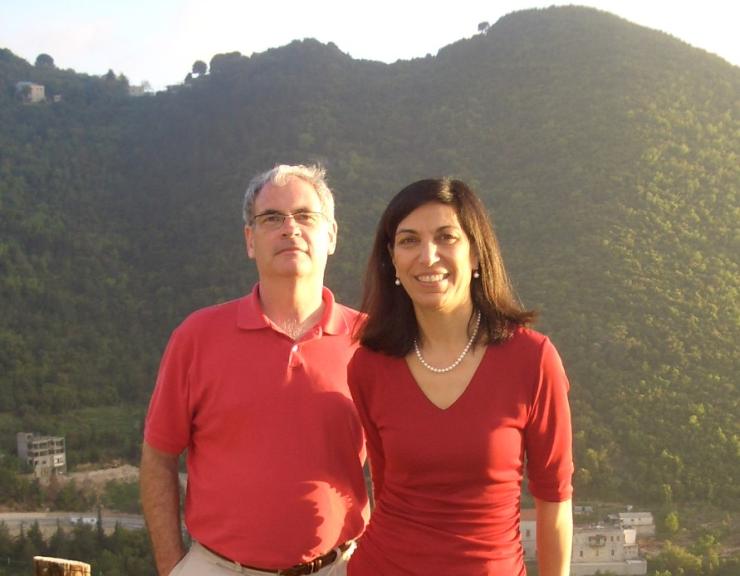 Dr. Harry Orr and Dr. Huda Zoghbi
Her research with families suffering from spinocerebellar ataxia led her to Orr, who was also working with families with spinocerebellar ataxia. His research was pointing to the same chromosome that Zoghbi was investigating as playing a role in the development of this disease. However, they were each studying separate regions of that chromosome.

“Curiously, because of where the genes mapped in the respective families in our research, we were looking at two different parts of chromosome 6 despite being fairly certain we were studying the same disease,” she said.

Zoghbi continued to investigate while working with Orr, the two sharing their research techniques from their respective work. After pinpointing the genetic line responsible for passing on the gene within the family she was working with, Zoghbi realized the gene mapped on top of the gene in Orr’s spinocerebellar ataxia family. 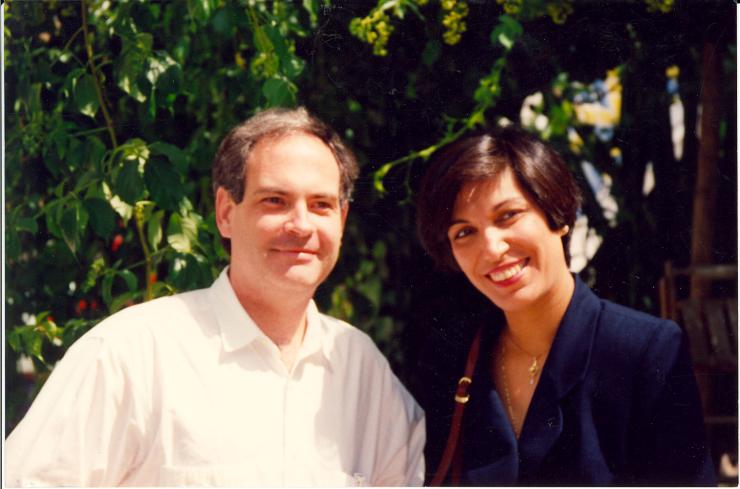 Dr. Harry Orr and Dr. Huda Zoghbi in Capri, Italy where they presented their discovery at an international ataxia meeting, the summer of 1993.

Zoghbi and Orr decided to collaborate even more intensely, recognizing they were working on the same gene. They split the region in half, and each started working from the outside in, searching for triplet repeats while moving toward the middle.

“Finally, on April 8, 1993, we both discovered the disease-causing gene [ATAXIN1] on the same day, right in the middle of the candidate region. Harry was sending me a fax of the expansion he detected in his family, while I was sending him ours. We had the pleasure of sharing the discovery and our data at an international ataxia meeting in Capri, Italy, that summer.

“After the gene discovery, we had to plan the next steps: do we continue to collaborate, or do we go our different ways? We chose to continue our collaboration,” Zoghbi said.

“Studying ataxias led me to one of the highlights of my scientific career, the collaboration with Harry Orr, and ensured that I could be productive while I was still struggling to understand Rett,” Zoghbi said.

Prior to her work and findings regarding ATAXIN1, Zoghbi’s first experiences with Rett syndrome began when she joined Baylor and Texas Children’s in 1983 to begin her residency in child neurology. She encountered two patients with symptoms and soon identified other children who had similar symptoms. She then began research to uncover what causes this disorder.

“From the moment Dr. Zoghbi arrived at Texas Children’s Hospital, we knew immediately that she was essential to unlocking the mystery of these devastating diseases,” said Mark A. Wallace, president and CEO of Texas Children’s Hospital. “Dr. Zoghbi continues to amaze us with her commitment to not only understanding what causes neurological diseases but also her dedication to lead the discovery and development of new treatments that will undeniably transform the landscape of neurological research and, ultimately, change lives for generations to come.”

In 1999, she and her research team were able to identify mutations in methyl-CpG-binding protein 2 gene, known as MECP2, as the root cause for Rett syndrome. The discovery of the Rett syndrome gene provided a straightforward diagnostic genetic test, allowing early and accurate diagnosis of the syndrome.

Her work also revealed how sensitive the brain is to varying levels of the protein MeCP2. The gene MECP2 is responsible for production of this protein. Too little MeCP2 causes Rett syndrome; however, doubling MECP2 levels causes extra MeCP2 production, which leads to an increase in protein function, causing neurological deficits. MECP2 duplication syndrome in humans causes a progressive neurological disorder.

Mutations in MECP2 also can cause a host of other neurological phenotypes ranging from autism to juvenile onset schizophrenia. Her findings provided evidence that an autism spectrum disorder or an intellectual disability disorder can be genetic even if it is not inherited.

Zoghbi and her team’s discoveries opened a new area of research on the role of epigenetics in neuropsychiatric phenotypes. Epigenetics is the study of changes in organisms caused by modification of gene expression rather than the genetic code. Zoghbi’s use of an antisense oligonucleotide to lower MECP2 levels provided a potential therapeutic strategy for the MECP2 duplication syndrome and is inspiring similar studies for other disorders caused by altered gene dosage.

Dr. Huda Zoghbi describes what being named a Kavli Prize Laureate means to her and the future of her research, followed by images of her lab.

As the founder of the NRI, Zoghbi’s vision of generous, multidisciplinary collaboration has guided the NRI to become a remarkable leader in neurogenetic research. Baylor and Texas Children’s opened the NRI in 2010, building on each institution’s strengths in genetics, neuroscience and pediatrics. Zoghbi collaborations have been critical for the success of many projects throughout her career; the NRI was therefore designed to foster a multidisciplinary, collaborative environment to facilitate fundamental discoveries in neuroscience with the goal of translating them to therapies for many incurable neurological and neurodegenerative conditions.

Currently, the NRI is home to 30 principal investigators and 400 scientists and trainees. The NRI faculty have published more than 1300 scientific studies in top-tier journals and discovered more than 60 disease-causing genetic mutations. Promising clinical trials for numerous disorders are underway.

This year’s Kavli Prize Laureates are:

“We honor the 2022 Kavli Prize Laureates for their transformative contributions to science and society. Their discoveries created entirely new fields, opened up new realms of scientific research and advanced science for the benefit of humankind,” says Lise Øvreås, president of the Norwegian Academy of Science and Letters.

Watch the Kavli Prize announcement which includes a interview with Zoghbi here.

Watch the reactions of the 2022 Kavli Prize Laureates in Neuroscience as they learn about the honor here.