Home » About Us » News » Dr. Zoghbi honored with the 2017 Gairdner Canada International Award 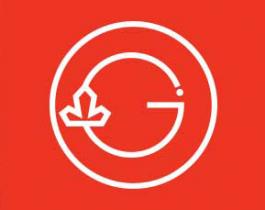 Dr. Huda Zoghbi, director of the Jan and Dan Duncan Neurological Research Institute at Texas Children’s Hospital, is being honored by the Gairdner Foundation with the 2017 Canada Gairdner International Award for seminal discoveries and contributions to biomedical science. This award recognizes some of the most significant medical discoveries from around the world.

Zoghbi, who is also a professor and Howard Hughes Medical Institute Investigator at Baylor College of Medicine, is one of five individuals given this award. She is being recognized for her work surrounding the discovery of the gene responsible for Rett syndrome.

After years of treating patients, Zoghbi began to focus on finding the genetic causes of the disease, which strikes after a year of normal development and presents with developmental regression, social withdrawal, loss of hand use and compulsive wringing of the hands, seizures and a variety of neurobehavioral symptoms.

Zoghbi identified that mutations in MECP2 are the cause of Rett syndrome, revealing the importance of MeCP2 for the function of various neuronal subtypes. Her work showed just how sensitive the brain is to the levels of MeCP2 and that doubling MeCP2 levels causes progressive neurological deficits. This disorder is now recognized as MECP2 Duplication Syndrome in humans.

Her recent work showed the symptoms of adult mice modeling the duplication disorder can be reversed using antisense oligonucleotides that normalize MeCP2 levels.

The discovery of the Rett syndrome gene provided a straightforward diagnostic genetic test, allowing early and accurate diagnosis of the syndrome. It also revealed that mutations in MECP2 also can cause a host of other neuropsychiatric features ranging from autism to juvenile onset schizophrenia. Further, it provided evidence that an autism spectrum disorder or an intellectual disability disorder can be genetic even if it is not inherited.

Her discovery opened up a new area of research on the role of epigenetics in neuropsychiatric phenotypes. Her use of an antisense oligonucleotide to lower MECP2 levels provides a potential therapeutic strategy for the MECP2 duplication syndrome and inspires similar studies for other duplication disorders.

Zoghbi will be presented her award at a gala in Toronto on Oct. 26, 2017. Each award carries an honorarium of $100,000 to support continued research.

Other awardees of the 2017 Canada Gairdner International Award include:

Dr. Akira Endo, president, Biopharm Research Laboratories and Distinguished Professor Emeritus, Tokyo University of Agriculture and Technology, Tokyo, Japan
Awarded for the first discovery and development of statins, inhibitors of cholesterol biosynthesis that have transformed the prevention and treatment of cardiovascular disease.

Dr. David Julius, professor and chair of the Department of Physiology and the Morris Herzstein Chair in Molecular Biology and Medicine, University of California – San Francisco
Awarded for determining the molecular basis of somatosensation- how we sense heat, cold and pain.

Dr. Rino Rappuoli, chief Scientist and head of external research and development at GSK Vaccines, Siena, Italy
Awarded for pioneering the genomic approach, known as reverse vaccinology, used to develop a vaccine against meningococcus B which has saved many lives worldwide.

The 2017 John Dirks Canada Gairdner Global Health Award:
Dr. Cesar Victora, eEmeritus professor, Federal University of Pelotas, Brazil
Awarded for outstanding contributions to maternal and child health and nutrition in low and middle income countries, with particular focus on the impact of exclusive breastfeeding on infant mortality and on the long-term impact of early-life nutrition.

The 2017 Canada Gairdner Wightman Award:
Dr. Antoine Hakim, emeritus professor of neurology, University of Ottawa
Awarded for outstanding research into stroke and its consequences and championing stroke prevention and treatment in Canada and beyond.