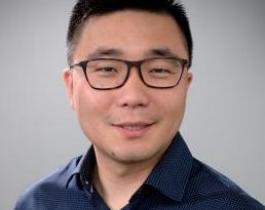 Researchers at Baylor College of Medicine and Texas Children's Hospital report today in the journal Neuron evidence that refutes the link between increased levels of herpes virus and Alzheimer’s disease. In addition, the researchers provide a new statistical and computational framework for the analysis of large-scale sequencing data.

About 50 million people worldwide are affected by Alzheimer’s disease, a type of progressive dementia that results in the loss of memory, cognitive abilities and verbal skills, and the numbers are growing rapidly. Currently available medications temporarily ease the symptoms or slow the rate of decline, which maximizes the time patients can live and function independently. However, there are no treatments to halt progression of Alzheimer’s disease.

“Like all types of dementia, Alzheimer’s disease is characterized by massive death of brain cells, the neurons. Identifying the reason why neurons begin and continue to die in the brains of Alzheimer’s disease patients is an active area of research,” said corresponding author Dr. Zhandong Liu, associate professor of pediatrics at Baylor and the Jan and Dan Duncan Neurological Research Institute at Texas Children’s Hospital.

One theory that has gained traction in the past year is that certain microbial infections, such as those caused by viruses, can trigger Alzheimer’s disease. A 2018 study reported increased levels of human herpesvirus 6A (HHV-6A) and human herpesvirus 7 (HHV-7) in the postmortem brain tissues of more than 1,000 patients with Alzheimer’s disease when compared to the brain tissues of healthy-aging subjects or those suffering from a different neurodegenerative condition.

Presence of elevated levels of genetic material of herpes viruses indicated active infections, which were linked to Alzheimer’s disease. In less than a year, this study generated a flurry of excitement and led to the initiation of several studies to better understand the link between viral infections and Alzheimer’s disease.

Surprisingly, when co-author Dr. Hyun-Hwan Jeong, a postdoctoral fellow in Dr. Liu’s group and others, reanalyzed the data sets from the 2018 study using the identical statistical methods with rigorous filtering, as well as four commonly used statistical tools, they were unable to produce the same results.

The team was motivated to reanalyze the data from the previous study because they observed that while the p-values (a statistical parameter that predicts the probability of obtaining the observed results of a test, assuming that other conditions are correct) were highly significant, they were being ascribed to data in which the differences were not visually appreciable.

Moreover, the p-values did not fit with simple logistic regression – a statistical analysis that predicts the outcome of the data as one of two defined states. In fact, after several types of rigorous statistical tests, they found no link between the abundance of herpes viral DNA or RNA and likelihood of Alzheimer’s disease in this cohort.

“As high-throughput ‘omics’ technologies, which include those for genomics, proteomics, metabolomics and others, become affordable and easily available, there is a rising trend toward ‘big data’ in basic biomedical research. In these situations, given the massive amounts of data that have to be mined and extracted in a short time, researchers may be tempted to rely solely on p-values to interpret results and arrive at conclusions,” Liu said.

“Our study highlights one of the potential pitfalls of over-reliance on p-values. While p-values are a very valuable statistical parameter, they cannot be used as a stand-alone measure of statistical correlation – data sets from high-throughput procedures still need to be carefully plotted to visualize the spread of the data,” Jeong said. “Data sets also have to be used in conjunction with accurately calculated p-values to make gene-disease associations that are statistically correct and biologically meaningful.”

“Our goal in pursuing and publishing this study was to generate tools and guidelines for big data analysis, so the scientific community can identify treatment strategies that will likely benefit patients,” Liu said.

This study was funded by the Huffington Foundation.