Loss of SYNGAP1 function results in abnormalities in sensory processing 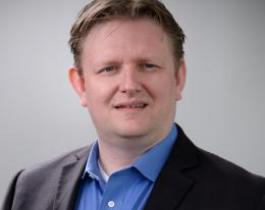 In addition to cognitive defects, neurodevelopmental disorders are often associated with deficits in sensory perception and processing. However, very little is known about the biological mechanisms that underlie these sensory impairments. A recent study led by Dr. Gavin Rumbaugh of Scripps Institute shows loss of a copy of the SYNGAP1 gene causes abnormalities in how sensory (tactile or touch) information is processed in mice and humans. The study was published in “Nature Neuroscience.”

Mutations in SYNGAP1 gene are associated with intellectual and global developmental delays and is a major risk factor for epilepsy and autism. In this study, one of the co-authors, Dr. Jimmy L. Holder Jr., neurologist and director of the new SYNGAP1 Center of Excellence at Texas Children’s Hospital, investigator at the Jan and Dan Duncan Neurological Research Institute at Texas Children’s and assistant professor at Baylor College of Medicine, analyzed retrospective clinical data of SYNGAP1 patients from a registry maintained by Bridge the Gap – SYNGAP1 Education and Research Foundation. He found a fairly high percentage of the children in this registry reported (by their parents) to have an unusually high threshold for pain tolerance, while some others were unusually sensitive to pain. Mice lacking the syngap1 gene also exhibited similar abnormalities to touch perception and processing. Further studies revealed these mice had fewer synapses and reduced excitability of the neurons in the upper lamina of the somatosensory cortex. This was a surprising finding because typically SYNGAP1 causes hyper-excitability in the brain regions associated with cognitive functions.

“There is a growing body of literature that in children with neurodevelopmental disorders, particularly autism, abnormal processing of sensory information may underlie a lot of behavioral issues. Based on this study, it appears that might be true for patients with SYNGAP1 mutations too. This study revealed cellular and molecular targets that can help researchers understand this link better,” said Holder.