Loss of TIAM1 protein leads to a novel neurodevelopmental disorder 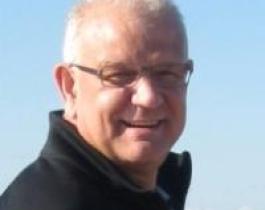 In recent years, combining state-of-the-art DNA sequencing techniques with functional investigations in model organisms like fruit flies has led to the discovery of new genetic and neurodevelopmental disorders. Researchers in the laboratory of Dr. Hugo J. Bellen, investigator at the Jan and Dan Duncan Neurological Research Institute at Texas Children’s Hospital and professor at Baylor College of Medicine, are among the pioneers of this approach and have now utilized it to reveal a novel genetically inherited neurodevelopmental condition. They showed that this disorder is caused by mutations in the gene encoding T-lymphoma invasion and metastasis 1 protein (TIAM1). The TIAM1 protein was previously shown to regulate the remodeling of the actin cytoskeleton and neuronal branching in mice, and this study provides the first experimental evidence that links the loss of TIAM1 function to human disease. The study was published in the American Journal of Human Genetics.

“We initiated this study with Dr. Wendy Chung at Columbia University when five individuals from four families presented with developmental delays, intellectual disability, speech delays and seizures,” Bellen said. “MRI scans of the brains of some of these individuals, who were between three to 35 years of age, showed certain abnormal features, and they were found to carry point mutations in both copies of the TIAM1 gene. Our bioinformatic analyses showed that these mutations were likely to disrupt function and cause disease.”

A fundamental property of all cells in every living organism is their ability to receive, transmit, process and adapt to cues from their environment and from neighboring cells. In most cases, a cascading chain of reactions transmits signals from the cell surface to a variety of intracellular targets — a process called intracellular signal transduction. Many G-protein coupled cell surface receptors directly or indirectly stimulate intracellular target enzymes known as GTPases, which serve as downstream “molecular switches” to propagate and amplify the signals initiated by the binding of the ligands to the cell surface receptors. Guanine nucleotide exchange factors (GEFs) are regulatory proteins that turn on the small GTPases.

Previous studies in mouse models had demonstrated that the TIAM1 protein, enriched in the neurons of the brain, acts as a GEF to transmit and respond to the activity of glutamate (NMDA) receptor by reorganizing the underlying actin cytoskeleton to develop new neuronal branches (aka neurites or dendrites). However, until this study, defects in TIAM1 function had not been associated with human disease.

To understand how the loss of TIAM1 function results in neurological symptoms, Dr. Shenzhao Lu and others in the Bellen lab performed detailed functional analyses in fruit flies. He and his colleagues found that the fly version of this gene, known as still life (sif), is mainly expressed in the central nervous system (CNS) neurons of the larvae and adult flies.

“Flies lacking sif have a significantly lower chance of surviving and flies that survive have motor defects and are prone to severe seizures,” said Lu, postdoctoral fellow in the Bellen lab and lead author of the study. “The sophisticated genetic tools in flies allowed us to add back the normal fly and human versions of TIAM1 gene in sif mutants, to rescue the defects.” Overexpression of the normal fly sif or human TIAM1 gene caused toxicity in flies, while the TIAM1 variants carried by the affected individuals were less toxic, providing evidence that they are responsible for the disruption in function and the symptoms in the affected individuals.