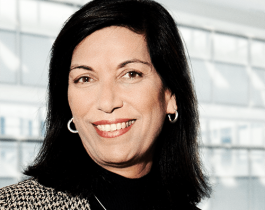 Dr. Huda Zoghbi and Sir. Adrian Bird have mapped Rett syndrome, a rare neurological disorder that primarily affects girls during their early childhood. Their research also gives a unique insight into the epigenetics and overturns previous understanding, indicating that neurological developmental disorders are not necessarily irreversible. For this, two neuroscientists are now receiving the world's most prestigious prize for brain research – the Lundbeck Foundation Brain Prize.

When a girl with Rett syndrome is born she looks like all other healthy babies. During her first years, she develops as she should, puts on weight and shows no signs that her genes are hiding an ugly disease. However, when she reaches the age of one or two, her development stagnates. She gradually loses the skills she has acquired, develops characteristics similar to autism and begins to make involuntary movements with her hands. Her condition eventually stabilises, and she can slowly begin to develop, but she will remain developmentally disabled for the rest of her life.

Today, thanks to these two internationally renowned neuroscientists, we are familiar with and understand this unusual neurological disorder, Rett. Furthermore, their ground-breaking research has brought us closer to a treatment. For this, the two professors are receiving the world's most prestigious prize for brain research, The Lundbeck Foundation Brain Prize, worth DKK 10 million.

Professor Richard Morris, Chair of the prize’s Selection Committee, explains the reasoning behind the award:

‘Adrian Bird and Huda Zoghbi are receiving The Brain Prize 2020 for their ground-breaking work to map and understand epigenetic regulation of the brain and for identifying the gene that causes Rett syndrome. Due to their research, we’re also closer to a treatment breakthrough and we’ve come to understand that neurological developmental disorders are not necessarily irreversible.’

Jan Egebjerg, Director of Research at the Lundbeck Foundation, which is celebrating 10 years of The Brain Prize, stresses the significance of this new breakthrough in the field of brain research:

‘The brain is incredibly complex and, therefore, a great many of its basic mechanisms – for instance, when it comes to disease – are still uncharted territory. Brain disorders are a huge burden – to the individual and society alike. So, it’s vital that we give a boost to brain research. Above all, this means giving research more money. But it’s also important that we honour the researchers who often dedicate their entire careers to uncovering new territory and to delivering the greatest advances in brain research. These are some of the aims of The Brain Prize,’ he says.

Huda Zoghbi is a Lebanese-born American professor of genetics at Baylor College of Medicine, founder-director of the Jan and Dan Duncan Neurological Research Institute at Texas Children's Hospital in Houston and Howard Hughes Medical Investigator. Among other things, she identified the gene that causes Rett syndrome.

Huda Zoghbi was born and grew up in Beirut, Lebanon. She enrolled in medical school in 1975. However, when civil war erupted that same year, she and her family moved to Texas where her sister lived. The plan was to move back to Lebanon, but the war escalated and, instead, she enrolled at Meharry Medical College in Nashville where she completed her medical studies. She actually wanted to become a cardiologist. However, after an internship at Texas Children’s Hospital she became fascinated by the brain and began to specialise in this field.

In 1983, Huda read a scientific article about Rett syndrome. This was to become a milestone in her career. Shortly afterwards, she met two developmentally disabled patients at Texas Children’s Hospital and Blue Bird Circle Clinic, and they reminded Huda of the article. Within the space of two weeks, she had officially diagnosed her first Rett patients. She then decided to go through some of the hospital’s journals and found a further five children who were suffering from Rett syndrome but had been misdiagnosed.

Her work with the sick children inspired her not merely to make the lives of these patients and their parents more bearable but to identify the underlying cause of the disorder. However, as a clinician, she did not have any real research experience. She therefore spent the following years enhancing her genetic research skills and studying other, more common neurological disorders.

Over the years, Professor Zoghbi’s research team gathered a large group of Rett patients, including three families. In 1999, a DNA study led to the discovery that Rett syndrome is caused by a mutation in the MECP2 gene; a gene which Sir Adrian Bird identified in 1992 and which is now being seen in other autism spectrum disorders.

Sir Adrian Bird is a professor of genetics at Edinburgh University, where he has spent most of his career. He is described as a pioneer of epigenetics, and he designed, among other things, the first mouse model of Rett syndrome.

Sir Adrian Bird was born and grew up in England. He received his PhD from Edinburgh University in 1970 for describing how the epigenetic mechanism underlying DNA methylation can affect the function and expression of various genes. Furthermore, in 1992, he discovered the MECP2 gene, which Huda Zoghbi later proved to be the cause of Rett syndrome, and he showed how, together with other proteins, MECP2 in neurons binds to methylated DNA sequences, thus ‘switching off’ certain genes. This is vital for neurons to function normally.

Sir Adrian Bird’s group designed the first, and most common, mouse model of Rett syndrome. Since the neurons are not destroyed but merely degenerate in individuals with Rett syndrome, he decided to use the mouse model to investigate whether restoring the function of the MECP2 gene would enable the cells to work again. It turned out that, to some extent, the symptoms were reversible, and the surprising findings indicate that, in all probability, we will be able to cure Rett syndrome in humans. It has also changed the view held in brain research circles that neurological developmental disorders are irreversible.

Sir Adrian Bird was knighted by Queen Elizabeth II in 2014.

Rett syndrome is a rare, congenital neurological developmental disorder that primarily affects girls, since the male foetuses typically perish during pregnancy. In the rare cases in which boys survive, they are usually more seriously affected by the disorder than girls.

The syndrome was first described by Austrian doctor Andreas Rett in 1966 but was not widely known until 1983 when the scientific journal Annals of Neurology published an article on the disorder. Shortly after this, Huda Zoghbi diagnosed her first Rett patient, a five-year-old girl, at Texas Children’s Hospital.

Rett syndrome is caused by a mutation in the MECP2 gene. The disorder results, to varying degrees, in mental and physical disability. During the first years of their lives, the children seem to develop normally, although they are often described as ‘easy and quiet’. However, once they reach the age of one to two, their development stagnates. Among other things, they begin to show signs of autism and to make involuntary movements with their hands. The condition eventually stabilises and the child can then slowly begin to develop but will remain developmentally disabled for the rest of its life.

Patients also often have trouble breathing and sleeping and may suffer from epilepsy and scoliosis. Around 50% of sufferers are unable to walk.

In Denmark, everyone with Rett syndrome is treated at the Centre for Rett Syndrome at the Department of Paediatrics and Adolescent Medicine, Juliane Marie Centre, Rigshospitalet.

When the human genome, the complete set of DNA, was mapped in 2001, it was expected that a number of feared diseases would be easier to diagnose, and maybe even to treat. If only we could identify the ‘correct’ DNA, it would be easy to identify the pathogenic, genetic mutations. Unfortunately, as it turned out, this was not so simple.

Scientists have since discovered that DNA expression in the individual cell is modified by mechanisms, such as methylation, which do not involve changes to the actual DNA code but rather ‘turn on and off’ codes on the two-metre long strand of DNA. These are known as epigenetic changes – originating from the Greek word for ‘over and above’. The changes may, for instance, be linked to environmental impacts or the stage of development of the individual cell. They shape DNA expression by controlling which parts of the DNA should be active in a given cell at a given time. This is vital for the cell to retain its normal function – from cell generation to cell generation.

About The Brain Prize

The organisation behind The Brain Prize is the Lundbeck Foundation: Denmark's largest private funder of brain research.

The Brain Prize is a personal award, worth DKK 10 million, given annually to one or more scientists from anywhere in the world who have distinguished themselves by outstanding contributions to neuroscience.

The prize was awarded for the first time in 2011. Therefore, this year is its 10th anniversary.

His Royal Highness Crown Prince Frederik will present the winners with the prize on 13 september 2020 at a great celebration in their honour at the Royal Danish Playhouse, Copenhagen.