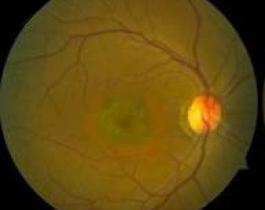 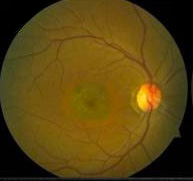 Genetic disorders are caused by mutations in particular genes that result in altered protein function. Contemporary approaches identify such disease-causing mutations by sequencing the DNA from patients and their families. While this approach has led to a better understanding of many genetically inherited disorders, it can often take years and also requires samples from large numbers of patients and their families to generate informative data.

In practice, human medical geneticists routinely encounter a single patient or a family with rare Mendelian disorders that cannot be attributed to any previously known genes or mutations. In these cases, while clinicians suspect that atypical or novel mutations to be the cause, they are often unable to effectively molecularly diagnose or offer a treatment plan for such patients. In such situations, until other patient(s), exhibiting similar symptoms and carrying similar genetic lesions are found it is very challenging to unambiguously conclude if the identified genetic mutation is responsible for a rare genetic disorder.

Researchers at the Baylor College of Medicine and the Jan and Dan Duncan Neurological Research Institute (NRI) at the Texas Children’s Hospital published an exciting study this week in the journal Cell that may offer an alternative approach for many of these cases. It describes systematic identification of large numbers of human disease-causing genes using a combinatorial high-throughput genetics and genomics approach in flies and humans.

This study resulted from a serendipitous synergism between high-throughput sequencing efforts undertaken in fruit flies and patients. It nicely illustrates the power of combining extensive genetic resources of the fruit fly model system to next-generation sequencing techniques and human exome databases to rapidly isolate genes that cause rare genetic disorders. In this study, the Bellen and Lupski labs, in collaboration with the Baylor Human Genome Sequencing Center directed by Dr. Richard Gibbs, have described an approach they anticipate will have widespread use in the future.

Dr. Hugo Bellen’s team performed a large-scale unbiased screen to isolate mutations in fly genes that lead to neurological or neurodegenerative defects. Using a low-dose chemical mutagen, they generated over 6,000 lethal mutations, a third of which were associated with a variety of developmental defects. The next step was to identify which specific mutation was responsible for each of these traits, a very time-consuming and tedious process.

To overcome this hurdle, Drs. Bellen’s team and Dr. Rui Chen’s team at the Baylor Human Genome Sequencing Center made expeditious use of various standard and newly generated genetic tools available in fruit flies and developed a series of heuristic filters to mine this wealth of data.

A related paper published by the Bellen team in the journal Genome Research2 this week, describes the innovative fruit fly genetic/genomic methods they developed to overcome the sequencing and annotation obstacles and led to successful mapping >600 mutations in a relatively short time.

This was a significant leap from the existing state-of-the art processes wherein it usually takes a few years to characterize each mutation. In essence, developing innovative methodologies to compare whole-genome sequences of mutant strains to reference genomes was their secret to rapid mutational mapping.

Whole-genome sequencing is a process that determines the DNA sequence of the entire genome of an organism. Increasing widespread use of this technique along with plummeting costs makes it a highly attractive tool for rapidly annotating causative genes from huge collections of mutants.

While, in theory, comparing mutant genomes to normal reference genomes should allow for easy identification of mutations causing the phenotypes, in reality, it is not so straight-forward. Until now, the presence of numerous natural benign variants in every gene made it extremely challenging to use this technique in a practical manner for this purpose. Therefore, algorithms and heuristic filters developed during this study represent a crucial step forward and should prove very valuable to other researchers as well.

Next, in collaboration with Drs. Jim Lupski’s team, they compared the information obtained from systematic functional annotation of 165 fly genes and identified several previously unidentified disease-causing mutations,
Dr. Lupski’s team generated advanced computational tools to compare the genes isolated in the fly screen to the exome (part of the gene that encodes a protein) sequencing analyses performed on thousands of families with Mendelian diseases, many of whom manifested a neurologic disease. Interestingly, they identified variants in the human homologs of the very same genes identified in the fruit fly screen. More importantly, 22 out of 31 individuals with such genetic variants exhibited neurological symptoms.

Of these, Dr. Michael Wangler closely followed 6 individuals who presented various neurological symptoms but had not received a confirmed diagnosis. Using this approach, a team of researchers and physicians from Baylor College of Medicine and Texas Children’s Hospital was able to identify causative mutations that led to 3 different rare disorders. As a result of this pioneering and ground-breaking approach, these patients now have a definite diagnosis that opens up the possibility of considering potential treatments options.

In summary, the Bellen and Lupski labs have demonstrated a novel approach and generated a valuable toolkit to speed up identification of human disease genes.