Molecular profiling of meningioma can lead to improved prognosis and therapy 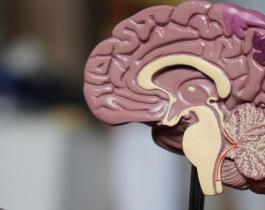 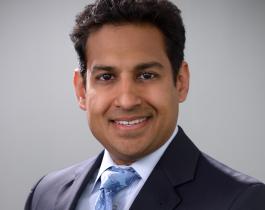 Reliably predicting whether meningioma, the most common primary brain tumor, will recur or remain benign has not been easy. In this study, published in Science Advances, researchers at Baylor College of Medicine and the Jan and Dan Duncan Neurological Research Institute (Duncan NRI) at Texas Children’s Hospital continued their efforts to improve tumor prognostication.

The team reports that the analysis of 365 meningiomas by integrating multiple molecular profiling approaches strongly suggested there are three biologically distinct groups, with one being reliably malignant. This could transform patient care by providing a better prognosis and revealing the tumors that require more aggressive treatment.

The current classification is the World Health Organization system, which divides meningiomas into three categories: WHO grade I (benign), grade II (atypical) and grade III (malignant). "The WHO system relies on tumor histopathology; that is, the appearance of tumor cells under the microscope. Although this system has some success predicting tumor recurrence, there is room for improvement," said co-corresponding author Dr. Akash J. Patel, a neurosurgeon specialized in treating meningioma at Baylor St. Luke’s Medical Center.

“For instance, WHO grade II and III tumors tend to recur, but we also have seen patients with grade II meningioma whose tumors have a more benign course,” said Patel, who also is an associate professor of neurosurgery at Baylor and an investigator at the Duncan NRI. “On the other hand, a portion of grade I tumors, which are generally cured with surgery, recur despite complete resection and benign microscopic features. It seems that the way we are looking at meningioma could benefit from reevaluation, and this inspired us to continue searching for evidence supporting a better way to predict tumor behavior.”

In their previous work, Patel and his colleagues examined meningioma tumors at the genetic rather than cellular level. They used three molecular profiling approaches: whole exome sequencing, RNA sequencing and gene copy number variations. They identified three distinct groups of meningioma (A, B and C) that didn't correspond with the WHO grading system. Group C tumors had a remarkably worse clinical course than group A or B tumors. These three types enabled better prediction of tumor behavior than the WHO system.

In the current study, Patel and his colleagues compared their meningioma molecular profiling approach with others that used DNA methylation to classify tumors. A DNA methylation profile refers to the distribution of the chemical methyl tags along the genome, which affects which genes are expressed.

“We conducted DNA methylation profiling of the tumors we had already looked at in our previous study to determine whether these different methodologies for classifying tumors were finding the same biological groups,” Patel said. “We found that, regardless of what profiling approach we used – gene expression or DNA methylation – we always found the same molecular groups.”

In the second part of the study, the researchers investigated what was having the dominant effect on the gene expression profile in these groups. Was it DNA methylation or gene copy number variation predominantly influencing gene expression?

“To determine which one of the two had a dominant effect, we created a mathematical model,
the partial least squares regression model. First author Dr. Jim Bayley, a resident in the lab, spent a year on this work,” Patel said.

Finally, the team wanted to understand what was driving the gene expression profile of the malignant group C tumors, the ones with the worst outcomes.

“We found that the more aggressive tumors tended to be more influenced by gene copy number losses, particularly chromosome 1p loss, which we see in the vast majority of the group C tumors,” Patel said. “The C group is marked by chromosomal instability, meaning these tumors have a higher tendency to add or lose entire chromosomes or sections of them, which affects the gene expression profile.”

The new approach at classifying meningiomas has important implications for patients.
“At the moment, the standard of care is to remove the tumor and counsel the patient. Identifying these groups provides patients with better prognostication,” Patel said.
This work also opens the opportunity to study what makes aggressive meningiomas aggressive, which can lead to future therapies.

Other contributors to this work include Caroline C. Hadley, Arif O. Harmanci, Akdes S. Harmanci and Tiemo J. Klisch. The authors are affiliated with one or more of the following institutions: Baylor College of Medicine; Jan and Dan Duncan Neurological Research Institute at Texas Children’s Hospital and the University of Texas Health Science Center, Houston.