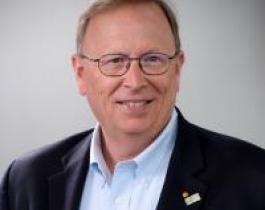 Houston, TX – The National Institutes of Health (NIH) chose Baylor College of Medicine as a site for one of the three Centers for Collaborative Research on Fragile X syndrome (FXS), the most common inherited form of intellectual and developmental disability (IDD). The new Fragile X Center will receive about $9 million over the next five years and will be led by co-directors, Dr. David Nelson, professor of Molecular and Human Genetics at Baylor College of Medicine and investigator at the Jan and Dan Duncan Neurological Research Institute (Duncan NRI) at Texas Children’s Hospital, and Dr. Peter Todd, associate professor of Neurology at the University of Michigan School of Medicine.

Collaborative efforts by Nelson, Dr. Stephen Warren at Emory University and others identified expansion of the triplet codon (CGG) in the FMR1 gene as the cause of FXS in 1991. This was the first description of expansion of unstable repeats as a mutational mechanism in a human genetic disease, paving the way for many such discoveries.

“I am thrilled to direct a new Fragile X Center at Baylor College that will be housed at the Duncan NRI. The goal of our Center is to understand the physiological role of triplet codon (CGG) repeats in the X-linked gene, FMR1, and how the expansion of these repeats results in Fragile X and related disorders. We assembled a superb team that has made many fundamental contributions to Fragile X syndrome and related disorders,” Nelson said. “Close collaborations with the teams led by Dr. Peter Todd in Michigan and with Dr. Emily Allen at Emory University School of Medicine in Atlanta will help us make rapid strides to advance our knowledge about these disorders while guiding us to novel therapies over the next five years.”

The Centers for Collaborative Research in Fragile X and FMR1-related Conditions program at NIH supports research to improve the diagnosis and treatment of FXS and its related conditions. These Centers are geared toward stimulating multidisciplinary, multi-institutional research, with the common goal of facilitating the translation of basic research findings from bench-to-bedside and bedside-to-community.

FXS results from changes in the FMR1 gene. Two conditions related to FXS are: Fragile X-associated Tremor and Ataxia Syndrome (FXTAS), which causes problems with movement and the nervous system in middle-age and elderly adults; and Fragile X-associated Primary Ovarian Insufficiency (FXPOI), which leads to infertility and early menopause in women. These two disorders are known as “premutation” or Fragile X Associated Disorders (FXaDs) because they stem from increases in the CGG repeats that are smaller than those that cause FXS, but are longer than found in unaffected people.

FXTAS and FXPOI are “incompletely penetrant” genetic disorders, meaning some people with longer repeats develop these disorders, while others do not. The notion is there might be variations/other mutations in an individual’s genome that either protect against or facilitate the development of these diseases. For the past six years, Allen’s group, along with collaborators at Emory, focused on sequencing genomes from people with FXS, FXTAS and FXPOI to identify other genetic variants that might influence their likelihood of these disorders.

“One of the major goals of our Center is to use combine human genome studies with animal model studies to explore shared pathogenic mechanisms across FXS and the associated disorders. These cross-disciplinary approaches will help us understand at a molecular level why premutation disorders affect only a portion of individuals and use that knowledge to explore novel therapeutic approaches and targets for these currently untreatable conditions,” Nelson said.

The other two NIH-funded Fragile X Centers will be based in Emory University (led by Drs. Peng Jin and Stephen Warren) and at Cincinnati Children’s Hospital Medical Center (led by Dr. Craig Erickson). Funding support for all three centers comes from three NIH Institutes: the Eunice Kennedy Shriver National Institute of Child Health and Human Development (NICHD), National Institute of Mental Health (NIMH), and the National Institute of Neurological Disorders and Stroke (NINDS).