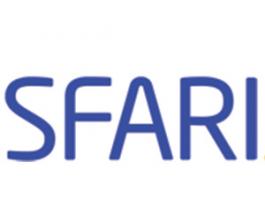 We are happy to announce that Drs. Michael Wangler and Shinya Yamamoto’s project titled, “In vivo functional analysis of autism candidate genes” is among the five projects that will be funded by the Simon’s Foundation for Autism Research Initiative (SFARI).

Drs. Michael Wangler, MD and Shinya Yamamoto, DVM, PhD are Assistant Professors in the department of Molecular and Human Genetics at Baylor College of Medicine and faculty at the Jan and Dan Duncan Neurological Research Institute.

They had submitted their grant proposal in response to a request for applications (RFA) to support the development and application of medium- and high-throughput screens to test the potential role of missense variants (i.e., mutations in which a single nucleotide change results in a codon that specifies a different amino acid) in conferring autism risk.
Autism spectrum disorders (ASDs) are highly heritable but have a complex genetic architecture. Whole-genome sequencing has been used to identify many potential genetic mutations that may be responsible for ASD. However, interpreting the disease relevance of these enormous numbers of individual variants has been difficult because many of them are poorly characterized.

Drs. Wangler and Yamamoto plan to use fruit fly model system to study a subset of 300 autism candidate genes to ascertain their involvement in disease causation and progression. They predict that using this powerful genetic system will provide much-needed information on the biological mechanisms underlying autism spectrum disorder.