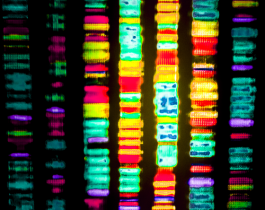 Intellectual disability affects almost 200 million people around the globe. Yet, not much is understood about the underlying genes or molecular pathways involved in these conditions. An international group led by researchers at Baylor College of Medicine, Texas Children’s Hospital and the University of Geneva reports in the American Journal of Human Genetics a new neurological syndrome that appears to be especially common in countries where marriages between genetically related individuals, such as cousins, are prevalent.

Using a combination of human genomics analysis and animal models, the team discovered mutations in IQSEC1 gene to be the cause of this novel intellectual disability syndrome. The identification of responsible genetic variants is a promising first step toward developing diagnostic tests and, possibly, targeted therapies for this condition.

The study describes five affected individuals from two unrelated families in Pakistan and Saudi Arabia. The project was led by Dr. Hugo Bellen, professor of molecular and human genetics and neuroscience at Baylor and investigator at the Howard Hughes Medical Institute and the Jan and Dan Duncan Neurological Research Institute at Texas Children’s Hospital, and Dr. Stylianos Antonarakis, professor emeritus at the University of Geneva, former director of the Department of Genetic Medicine and Development and founding director of the iGE3 institute of Genetics and Genomics of Geneva.

All five patients in the cohort presented with similar clinical symptoms – intellectual disability, developmental delays, short stature, speech loss, low muscle tone and, in some cases, seizures and aggressive behavior. Analysis of the patients’ exomes (all the protein coding regions of the DNA) showed that they carry mutations in gene IQSEC1.

In humans, IQSEC1 belongs to a family of three related genes. Mutations in the other gene family members, IQSEC2 and IQSEC3, previously were implicated in certain types of intellectual disabilities and/or seizures. This is the first study to identify mutations in IQSEC1 that cause a neurodevelopmental disorder.

The researchers turned to fruit flies to investigate whether the mutations in IQSEC1 were the cause of intellectual disability and other symptoms in these patients. They genetically engineered flies to lack the schizo gene, which is the equivalent of the human gene IQSEC1. Then, they tested whether human IQSEC1 could compensate for the loss of schizo.

“We found that normal versions of human IQSEC1 protein could partially functionally compensate for the loss of schizo, whereas the defective forms of IQSEC1 found in the patients, could not. These findings are a strong indication that the patients’ genetic variants produced non-functional IQSEC1 proteins,” Bellen said.

Furthermore, deletion of schizo gene resulted in dead fruit fly embryos with severe defects in neural projections and arborizations – the extensions of axons and dendrites that provide structural connections between neighboring neurons were severely perturbed. Consistent with this finding, deletion of IQSEC1 from the cortical neurons of mice also led to similar defects in certain neural projections. Defective branching of neurons impairs their development and is implicated in several neurological conditions including intellectual disability, autism and seizures.

“Until recently, it took several years or sometimes decades to unequivocally identify causative genes for rare human syndromes that affect very few individuals. But, in the recent years, the rise of research collaborative initiatives, such as the Undiagnosed Diseases Network, and new web tools such as GeneMatcher and MARRVEL, makes it much easier for human geneticists and fly and mouse biologists to connect and integrate data, which has significantly accelerated the pace of disease and gene discovery,” Antonarakis said.