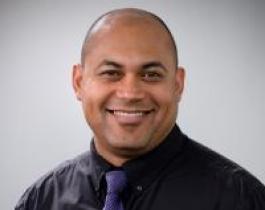 Researchers at Baylor College of Medicine and the Jan and Dan Duncan Neurological Research Institute at Texas Children’s Hospital have improved our understanding of how tremor — the most common movement disorder — happens, opening the possibility of novel therapies for this condition.

Working with animal models, the researchers discovered that a particular brain cell type, known as the Purkinje cell, triggers tremor when its pattern of signaling to other neurons changes from a regular pattern to signaling in bursts. The altered signaling pattern returned to normal and the tremor stopped when the animals were treated with deep-brain stimulation directed at a group of cerebellar neurons that communicate with Purkinje cells. The study appears in the journal eLife.

“Tremor is an involuntary, rhythmic shaking movement in one or more parts of the body. Available treatments are not always effective and the development of novel therapies to help people with this condition has been limited in part by not knowing what cell types are involved,” said first author Amanda M. Brown, graduate student in the lab of Dr. Roy Sillitoe at Baylor. “In this study, we looked at the underlying brain activity that is associated with this condition in animal models and discovered that Purkinje cells in the cerebellum can trigger and propagate the signals for tremor.”

There are different categories of tremor. Some can be intermittent or constant and occur sporadically, or some can be associated with many other neurological disorders, such as Parkinson’s disease, ataxia or dystonia. Although tremor as a condition is not life-threatening, it can be disabling or make essential daily tasks, such as eating, drinking and walking, difficult.

Previous studies had hinted that having defective Purkinje cells in the cerebellum, a brain area involved in movement, balance and coordination and other functions, seemed to contribute to the generation of tremor. These findings led Brown and her colleagues to directly test this possibility.

First, they genetically removed the Purkinje cells’ ability to communicate with other cells in the mouse models, expecting that these mice would develop tremor.

“Surprisingly, we saw no tremor,” Brown said. “This told us that the activity, rather than loss of activity, of Purkinje cells was important for causing tremor. Purkinje cells had to be able to signal other brain cells for tremor to occur.”

But, what type of signal would trigger tremor?

To answer this question, Brown and her colleagues placed electrodes into the brain of mice and recorded the activity of Purkinje cells during tremor and at normal state.

“We found that at normal state, the signals Purkinje cells send to other brain cells follow a regular pattern of activity, but during tremor, the signals come in bursts,” Brown said.

Further experiments showed that it was this burst-like activity that triggered tremor. The experiments used a technique called optogenetics, which allows scientists to control brain activity with light. Brown and colleagues designed their optogenetics method to purposely make Purkinje cells signal in bursts. When the researchers triggered a burst-like activity, the animals had a tremor.

Currently, for individuals who have tremor that is not responding to drug treatment, deep-brain stimulation usually is recommended and typically directed to a brain region called the thalamus, which receives input from the cerebellum among other places. This treatment usually is helpful, Brown explained, but over time it can become less effective. The researchers were hoping to identify a new target location for treatment that could add benefits and potentially last longer.

The researchers set up an experimental system that enabled them to begin deep brain stimulation only when a mouse had a tremor. The results were exciting and encouraging. They showed that deep-brain stimulation of the cerebellum can successfully reduce tremor severity to normal levels.

“It was very exciting to see that cerebellar deep brain stimulation can stop the most severe tremors in mice,” said Sillitoe, corresponding author and associate professor of pathology and immunology and of neuroscience  at Baylor and Texas Children’s. Sillitoe also is the co-director of the Development, Disease Models and Therapeutics Graduate Program at Baylor. “Although these findings are promising, there is still much work to do before we can bring this approach to the clinic.”