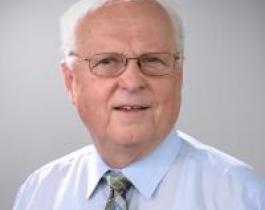 Epileptic spasms are a type of brief seizures that are the hallmark of catastrophic seizure disorders, which are characterized by severe cognitive and motor deficits. While common in West syndrome (or infantile spasms), these spasms can occur in people of any age group. Very little is known about the underlying neurophysiological mechanisms and the neuronal circuit(s) responsible for the generation of these spasms.

Researchers from Baylor College of Medicine and Texas Children’s Hospital now provide evidence that epileptic spasms originate from the pyramidal cells in the deep layers of the neocortex. Further, they uncovered a novel neurophysiological phenomenon that explains how cortical neurons generate spasms. This is also the first study to reveal a hitherto unknown relationship between a normal brain state, like sleep, and spasms. The study was recently published in the Annals of Neurology.

An English physician first described epileptic spasms in the mid-1800s. Since then, neuroscientists have tried to understand the cellular and mechanistic origins of epileptic spasms.

“We are excited to finally have some fundamental insights into where and how spasms originate in the brain,” lead author, Dr. John Swann, who is a professor at Baylor College of Medicine, director of the Cain Foundation Laboratories for Pediatric Neurology, and co-director of the Jan and Dan Duncan Neurological Research Institute at Texas Children’s, said. “Our findings also reveal a previously unappreciated interplay between wake/sleep brain states and how spasms are generated which opens up new avenues for the development of desperately-needed interventional therapies.”

To understand the underlying neurophysiological basis of spasms, Dr. Chih-hong Lee, a former graduate student in the Swann lab (currently at the Chang Gung Memorial Hospital Linkou Medical Center and Chang Gung University College of Medicine, Taiwan), induced severe spasms in rodents using the well-established tetrodotoxin (TTX) model which he developed in 2008. He induced spasms by chronically infusing TTX, a sodium channel blocker, in the developing neocortex of rats and used state-of-the art electrophysiological techniques to simultaneously record and analyze neural activity from various brain regions before and during spasms.

The team found epileptic spasms were generated by the pyramidal cells in the deep layer V of the neocortex. This is an important part of the frontal lobe, critical for information processing and higher-order brain functions, such as cognition, sensory perception, generation of motor commands, spatial reasoning and language. Specific activation of only the pyramidal cells of the neocortex also led to marked increases in the occurrence of spasms, supporting the idea that this specific group of neurons is responsible for generating the spasms.

After discovering hyper-excitability of pyramidal cells in the neocortex as the source of epileptic spasms, the researchers next focused on how this group of neurons generated epileptic spasms.

“To our great surprise, we observed a dramatic pause in the neuronal activity across the cortex immediately prior to the onset of spasms. This was completely unexpected and unlike what would be anticipated during seizures,” Swann said. “This activity pattern closely resembled a phase of the non-rapid eye movement (NREM) sleep cycle. During NREM sleep, a person or animal’s brain generates rhythmic slow oscillations and simultaneously cortical neurons undergo alternating ‘down’ states when neurons stop firing followed by an ‘up’ state, when the neurons become collectively active. This rhythmic wave continues over and over again during NREM sleep. We found this observation especially intriguing because it is well-documented that many West syndrome patients experience spasms during periods of drowsiness just before sleeping or upon waking up.”

The similarity in brain activity as measured using electroencephalogram (EEG) just prior to the onset of, and during spasms, and NREM sleep raised the possibility that the mechanisms that underlie NREM sleep state could predispose the neocortex to generate spasms.

“Upon testing this possibility further, we found the pre-spasm pause closely resembled and shared at least four features with the ‘down’ states of NREM sleep. Moreover, recordings from epileptic animals also showed the subsequent ‘up’ states were abnormally intense compared to those in control animals, and these hyperactive ‘up’ states were actually sufficient to initiate a spasm,” Swann said.

Based on these results, the team concluded the activity of the pyramidal cells in the neocortex before and during a spasm closely mirror slow oscillation waves that are common during NREM sleep, with a slight twist – animals prone to spasms had much more intense or exaggerated activity during the ‘up’ state, which triggered subsequent spasms.

Finally, upon long-term observation of brain activity of these epileptic animals, researchers concluded this ‘up’ and ‘down’ sequence of network slow oscillations becomes much more frequent just prior to the onset of spasms. They observed identical EEG patterns, including an increasing crescendo of ‘up and down’ sequences in the brains of four patients with infantile spasms right before the appearance of spasms, validating their observations in rodents.

“We are hopeful that with our discovery of the fundamental neural circuits and physiological mechanisms involved in spasms, better prognostic tools and therapeutic approaches can be developed for all affected patients, irrespective of their age or the underlying condition from which they suffer,” Swann added. “Our results also open many interesting new directions for research to dissect the relationship between normal brain states and epilepsy. For instance, since the slow wave stage of NREM sleep cycle is known to be crucial for optimal learning, memory consolidation and storage, and higher-order executive decisions, we can now begin to address how these processes are impacted by epileptic spasms in the developing brains of children and adults.”

Other researchers involved in this study are John T. Le, Carlos J. Ballester-Rosado, and Anne E. Anderson. They are affiliated to the Cain Laboratories, the Jan and Dan Duncan Neurological Institute at Texas Children’s Hospital and Baylor College of Medicine. This work was funded by CURE’s Infantile Spasms Initiative and with grants from the National Institutes of Health-NINDS.