Study reveals a role for TM2D gene family in neurodegeneration 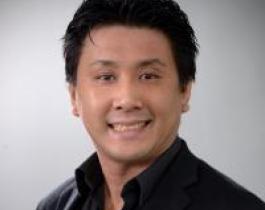 Alzheimer’s disease (AD) is the most common neurodegenerative disorder among the elderly. A growing list of mutations have been implicated in increasing an individual’s risk for developing this disorder. However, the underlying mechanisms that lead to the initiation or progression of neurodegeneration are not fully understood. A team of researchers at Texas Children’s Hospital and Baylor College of Medicine has found a new role for a gene family comprising three transmembrane domain proteins in regulating neuronal survival and degeneration. The study was published in the PLoS Genetics journal.

In 2016, Dr. Shinya Yamamoto, investigator at the Jan and Dan Duncan Neurological Research Institute at Texas Children’s Hospital and faculty member at Baylor College, along with Dr. Joshua M. Shulman and Howard Hughes Medical Institute investigator, Dr. Hugo J. Bellen, also faculty at the Duncan NRI and Baylor College, participated in a large multi-center collaborative study that provided the first evidence of a potential role for TM2D3 in AD. In that study, researchers compared exomes (i.e., the protein-coding part of the genome) of 1,393 patients with late-onset Alzheimer’s disease (LOAD) to the exomes of 8,141 neurologically healthy control individuals.

“Our previous study showed that people who had a rare variant in TM2D3 gene had an approximately seven-fold higher risk of developing AD than individuals without that variant,” Yamamoto said. “However, since very little was known about the biology of this new gene and other members of this gene family, we had no clue as to why this variant was so impactful in increasing the risk of AD. We were intrigued by this observation and were motivated to delve deeper to better understand the biology of this gene family.”

To do so, the Yamamoto lab characterized the function of all three TM2D genes through gene knockout and gene overexpression studies in fruit flies. They used CRISPR-Cas9 gene editing technology to generate transgenic fruit flies that had mutations in one or all three of the TM2D family genes.

They found that flies mutant for the TM2D3 gene were short-lived and displayed age-dependent motor and electrophysiological defects, reminiscent of the defects seen in patients with AD and other age-dependent progressive neurodegenerative disorders. TM2D1 and TM2D2 knockout flies also behaved similarly, suggesting that they share similar biological functions. Additionally, flies in which all three TM2D genes were knocked out had defects identical to flies in which only one or two of the genes had been deleted. This suggests that these three genes likely function together via a common mechanism.

A potential link that connects TM2D genes to AD is the gamma-secretase complex. The gamma-secretase is a key molecule in AD pathogenesis that regulates the deposition of amyloid-beta, a neurotoxic protein that accumulates in AD patient brains. By further characterizing the mutant and transgenic flies they generated, Yamamoto and colleagues found that TM2D genes function as a modulator of gamma-secretase activity.

“In light of our previous study that implicated a rare variant of TM2D3 in LOAD, the strong biological links we identified between all three members of the TM2D family in this study suggest that genetic variants in TM2D1 and TM2D2 may also be linked to AD risk,” Yamamoto said. “We are actively investigating this possibility while trying to further understand the exact molecular functions of this poorly-studied gene family.”

Other authors involved in the study are Jose Salazar, Sheng-An Yang, Yong Qi Lin, David Li-Kroger, Paul Marcogliese, Samantha Deal and Gregory Neely. They are affiliated with one or more of these institutions: Baylor College of Medicine, Texas Children’s Hospital and University of Sydney. The study was funded by grants from the National Institutes of Health, Alzheimer’s Association, Nancy Chan Award for Research Excellence and Canadian Institutes of Health Research.