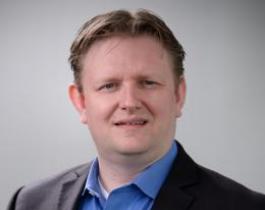 Jimmy Holder Jr., M.D./Ph.D., a pediatric neurologist and scientist at the  Jan and Dan Duncan Neurological Research Institute at Texas Children’s Hospital and assistant professor at Baylor College of Medicine, was awarded a $25,000 research grant from the Bridge the Gap – SYNGAP Education and Research Foundation.

Presented on Sept. 10, 2018 by Ms. Monica Weldon, President and CEO of Bridge the Gap Foundation, in the Blue Bird Circle Clinic for Pediatric Neurology at Texas Children’s, this is the first research grant supported by the foundation and will fund a clinical study to find biomarker(s) for this disorder that will be used in conjunction with basic research to develop targeted therapies. As a practicing pediatric neurologist and neurogeneticist, Holder has spent several years studying genetic and neurobiological basis of neurodevelopmental and neuropsychiatric disorders.

Mutations in SynGAP1 gene results in intellectual disability ranging from mild to severe, epilepsy and a multitude of other associated comorbidities such as attention deficit disorder, impulsive behaviors, and/or mood disorders.  A majority of SYNGAP1 patients—more than 94 percent—also have some type of epilepsy.  SYNGAP1 is one of the top two single gene mutations being researched worldwide that is linked to autism. It plays an important role in brain plasticity and may represent one of the most common causes of intellectual disability worldwide.

While the latest genomic sequencing methods have dramatically increased the capacity of physicians to identify these mutations, there is currently no targeted treatment for this rare disorder and it is hoped this study will address this urgent need.

In addition to his clinical and research duties, Holder is also the director of Texas Children’s SYNGAP1 Center of Excellence, the first of only two such Centers in the nation. The other is located at Kennedy Krieger Institute in Baltimore.

Bridge the Gap Foundation was established in 2014 with the mission of improving the quality of life for people affected by SYNGAP1 mutations and to help accelerate research in this rare group of disorders.