Unraveling a novel role for TFEB in liver development, regeneration and biliary cancer 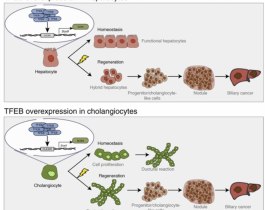 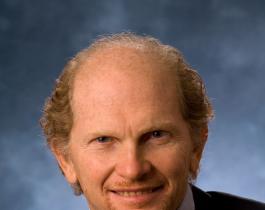 Transcription factor EB (TFEB) is a master regulator protein that allows cells to adapt and respond appropriately to ever-changing environmental cues, such as changes in nutrition, physical exercise and infections. The protein senses changes in the cell’s immediate environment and alters fundamental metabolic processes to ensure that cellular processes remain at equilibrium.

A recent study by the researchers at the Jan and Dan Duncan Neurological Research Institute at Texas Children’s Hospital, Baylor College of Medicine and Telethon Institute of Genetics and Medicine (TIGEM) in Italy, reports a novel role for TFEB in liver development and regeneration.

The study offers crucial insights into underlying mechanisms that control the fate of liver cell lineages under physiological and pathological conditions, identifying new molecular targets that could be leveraged into novel strategies to treat liver diseases and biliary cancer in the future. The study was conducted in the laboratories of Dr. Nunzia Pastore and Prof. Andrea Ballabio at TIGEM and appeared recently in Nature Communications.

TFEB belongs to the microphthalmia (MIT-TFE) family of transcription factors, which are emerging as global regulators of cancer cell survival and energy metabolism. While a few previous studies have implicated these genes in determining the fate of progenitor cells during embryonic development, their mechanistic role has remained elusive.

“Over the past few years, we and others, have demonstrated that TFEB plays a crucial role in fundamental degradative processes to remove unwanted cellular waste. For the first time in this study, we have now identified a novel developmental role for this protein in the liver. We were very excited by this discovery because until now the only known role for TFEB in the liver was to metabolize fats. However, we have now discovered that TFEB specifies the fate of various liver cell lineages during embryogenesis and later, in adulthood when liver regenerates after an injury. Further, we found dysregulation of TFEB activity leads to biliary cancer,” Pastore, project leader of preclinical studies at TIGEM and former research assistant professor at Baylor College, said.

The researchers were initially surprised to see that mice overexpressing TFEB had excess liver cells – the first clue that hinted toward a possible role for TFEB in controlling liver formation.

To dissect the exact role of TFEB in liver development, the researchers employed a combination of in vivo studies involving wild-type and TFEB overexpressing mice embryos and in vitro approaches by isolated progenitor cells that lacked or overexpressed TFEB.

The liver is the largest gland in the human body and performs several critical functions like secreting bile, a digestive fluid; metabolizing proteins, carbohydrates and fats; storing glycogen, vitamins and other nutrients; synthesizing blood-clotting factors, and purifying the blood by removing waste and toxic substances. The liver consists of several types of liver cells and biliary duct cells. These lineages originate from different progenitor cells that are specified by transcription factors during development. Interestingly, the liver is the only human organ capable of regenerating lost tissue. In fact, just 25% of residual liver tissue is sufficient to re-form an entire liver via compensatory growth.

In this study, researchers discovered that TFEB levels determine the fate of cholangiocytes, which are epithelial cells lining the bile ducts. Overexpression of TFEB in cholangiocytes under normal conditions and after injury caused over-proliferation and production of increased number of ductules, which for liver tissues undergoing regeneration after injury, eventually lead to biliary cancer.

On the other hand, under normal circumstances, excess TFEB in hepatocytes did not cause any alterations in their cellular identity or proliferation. However, in liver tissues undergoing repair and regeneration after injury, TFEB overexpression induced hepatocytes to change their fate. In these circumstances, hepatocytes behaved like cholangiocytes to produce excessive ductules that turned to biliary tumors.

Hepatocyte identity is determined by a group of transcription factors driven by CCAAT/enhancer binding protein alpha (C/EBPα) whereas biliary duct fate is defined by another transcription factor, Sox9. These two factors have a mutually antagonistic system that determines whether a progenitor cell will acquire a hepatocytic or biliary duct fate during liver development and regeneration.

Consistent with the proposed role of TFEB in formation of biliary ducts, the authors demonstrate that TFEB directly controls the expression of Sox9 during the progenitor cell/duct specification stages of development, as well as in liver regeneration after injury. Moreover, hepatocytes lacking TFEB failed to express Sox9 after liver damage, suggesting that TFEB is responsible for the induction of Sox9 and the resultant conversion to ductal fate.

“While further experiments are needed to identify exactly how TFEB influences liver regeneration, this study has revealed a novel crucial role for TFEB in specifying the fate of liver cells and bile ducts with many far-reaching implications for liver diseases, regeneration and biliary cancer,” Pastore concluded.