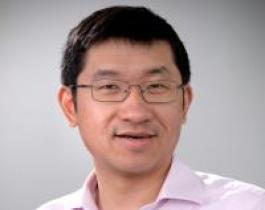 A study from the laboratory of Dr. Mingshan Xue, assistant professor at Baylor College of Medicine and investigator at the Jan and Dan Duncan Neurological Research Institute at Texas Children’s Hospital, reports the generation of novel mouse models that mimic the key features of STXBP1 encephalopathy – a rare neurological condition that encompasses a broad range of cognitive, motor and psychiatric dysfunction, as well as recurrent seizures. The study was published in eLife journal.

Until now, mechanisms underlying STXBP1 encephalopathy remained elusive; however, with these new animal models researchers will be able to perform in-depth neurological and behavioral studies to better understand the pathogenesis of this disease which can lead to therapeutic targets for this condition.

“With these new research tools, we, and other researchers, can now start to address important mechanistic and preclinical questions about STXBP1 encephalopathy,” said Dr. Wu Chen, postdoctoral fellow in the Xue lab and lead author of the study.

STXBP1 (also called MUNC18-1) protein is crucial for neuronal communication in every region of the brain. In humans, partial loss of STXBP1 results in several severe forms of childhood epileptic encephalopathies such as Ohtahara syndrome, West syndrome and Lennox-Gestaut syndrome. It is also among the most frequently mutated genes in sporadic intellectual disabilities and developmental disorders.

All STXBP1 encephalopathy patients show severe to profound intellectual disability, 95% of the patients have epilepsy and more than 90% have motor deficits that cause movement disorders such as dystonia (repetitive/twisting movements), ataxia (uncoordinated gait) and tremors. While the exact incidence rate of this condition is not known, more than 300 patients with this condition have been described so far in the medical literature. Given the fundamental role performed by STXBP1 in neurons, it is plausible that as genetic testing for patients with these symptoms becomes widespread, more patients may be diagnosed.

It is known that more than 60% of reported mutations in STXBP1 encephalopathy are caused by the loss of a copy of STXBP1 gene, and a previous study found that removal of a copy of stxbp1 in a different animal model (zebrafish) causes spontaneous seizures. The goal of this study was to develop mutant mice that could model the human condition and serve as an invaluable experimental tool to explore the underlying causative mechanisms as well as identify potential drug targets.

The Xue team generated two genetically distinct mutant mouse models in which STXBP1 protein levels were reduced by 50% in most brain regions. As expected, both the models closely mirrored the human condition by exhibiting majority of the symptoms seen in STXBP1 encephalopathy patients. Interestingly, further experiments revealed that regulation of neuronal activity of two classes of inhibitory neurons was defective in animals lacking a copy of STXBP1.

“This project was inspired by and is dedicated to the memory of Caroline DeLuca, who was a STXBP1 encephalopathy patient at Texas Children’s Hospital. This study was made possible by the diligent team effort by all members of my lab and several investigators at the NRI. Using these mouse models, we can now begin identifying and characterizing novel targets and therapeutic approaches for this disorder,” Xue said.