Dissecting the genetics of neurodevelopmental disorders – one cell at a time 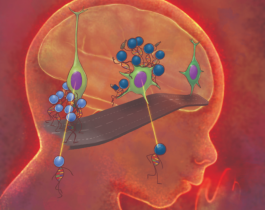 In recent years, a large number of genes have been implicated in neurodevelopmental disorders (NDD) such as autism, developmental delays, intellectual disabilities and epilepsy. However, without a thorough understanding of how a gene functions in different brain cells during various stages of development and later in post-natal life, it is difficult to determine how they individually – and as a group – contribute to disease pathologies.

A recent study published in Genome Research by researchers at Baylor College of Medicine and Texas Children’s Hospital describes a computational approach to identify expression patterns of these genes in individual cell-types at specific stages of neural development.  Moreover, the study reveals a key developmental stage as the critical genetic convergence point in autism spectrum disorder (ASD) and epilepsy.

“This study resulted from a collaboration between Dr. Huda Zoghbi’s lab and ours and is a fine example of how data science can be used to address fundamental mechanistic questions in biology,” Dr. Zhandong Liu, associate professor at Baylor College, investigator at the Jan and Dan Duncan Neurological Research Institute at Texas Children’s Hospital and corresponding author of the study, said.

The team integrated single-cell RNA sequencing data from the developing human prefrontal cortex with genes mutated in NDD and found genes implicated in autism and epilepsy were enriched in similar cell-types and cell-type transitions during key developmental stages, indicating functional overlap between them. This is an exciting finding because it offers a possible explanation for the comorbidity of these two conditions and provides a clue as to why certain symptoms, like seizures, are often present in both these disorders, as well as in other NDDs.

“While several systems-level studies have been conducted in the recent years, the majority of them have relied on gene expression data collected from bulk brain tissue, making it almost impossible to identify co-expression patterns at the single cell resolution. Integrating transcriptome profiles (single-RNA sequencing data) of individual brain cells with NDD genetics offered us the unprecedented opportunity to understand the pathophysiology of NDDs at the single-cell level during a specific developmental timeframe,” Dr. Kaifang Pang, senior postdoctoral fellow in the Liu lab and lead author on the study, said.

During embryonic development, stem cells known as radial glial are responsible for forming all neural lineages, including neurons and glia.  At about gestational week 10, they transition to form intermediate progenitor cells, which then generate specific cell-types. This transition is particularly critical for neurons in the prefrontal cortex, the region of the brain that controls high-order functions. The researchers observed a strong enrichment of genes implicated in autism and epilepsy at this transition, suggesting they share overlapping function during this critical developmental window. Further analysis revealed that during this transition, ASD genes act upstream and regulate epilepsy genes and likely, other genes involved in other NDDs.

“The beauty of this approach lies in its simplicity which makes it robust and highly reproducible and an ideal computational framework for future investigations using single-cell RNA sequencing data for exploring the pathophysiology of other neurological disorders,” Liu concluded.

A complete list of authors can be found here.