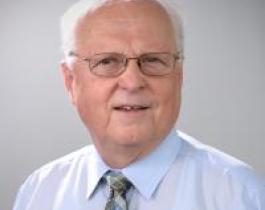 West syndrome, the most prevalent type of syndromic epileptic encephalopathy affecting infants, is a devastating and often fatal condition. It is characterized by a triad of symptoms – seizures/spasms, a signature brain activity between seizure events, and intellectual disabilities. Researchers in the laboratory of Dr. John Swann, professor at Baylor College of Medicine and investigator at the Jan and Dan Duncan Neurological Research Institute at Texas Children’s Hospital, have provided the first demonstration of a progressive increase in epileptic spasms along with learning and memory deficits in an animal model of this disorder. In addition, the study published in Epilepsia, establishes this as an ‘ideal’ model to identify the underlying molecular mechanisms and to discover targeted therapies for this condition.

IS animals have a progressive increase in seizure duration

In 2008, members of Dr Swann’s lab and their collaborators infused tetrodotoxin (TTX) - a sodium channel blocker - into the neocortex of rats to model human infantile spasms (IS). Since then, this method has been used extensively to study this condition.

To evaluate how seizure activity progresses in the IS rodent model, researchers in the Swann lab performed continuous long-term electroencephalogram (EEG) recordings of the brain of these rats for almost two months. “Although these studies were labor-intensive and time-consuming, they gave us unexpected critical insights into how epileptic spasms evolve over time,” Dr. Swann said. “We noticed that the duration of the seizure events increased over this time course and then plateaued. However, unlike other epileptic syndromes (e.g., temporal lobe epilepsy), the frequency of the spasms did not change.

Cognitive and behavioral impairments are common in children suffering from seizure disorders. In syndromic epileptic encephalopathies, developmental delays and intellectual disabilities are profound. A review of 67 studies found only 16% of patients with West syndrome have normal intellectual development. However, the cause behind this cognitive decline has remained a mystery.

Over last few decades, several factors like brain abnormalities, injury, infections, genetic mutations, have been attributed to contribute in varying degrees to the cognitive decline in IS patients. However, recurrent seizures are among the most common etiology shared by a majority of these patients. In fact, parents of these infants often report regression or stagnation of intellectual and behavioral skills following seizures. The growing consensus among experts is frequent seizures/spasms and the unique disruptive brain activity (termed hypsarrhythmia) that continues in between seizure events may be the major contributors to the cognitive decline seen in these patients.

To test this hypothesis, the Swann team performed several learning and memory tests such as object recognition, object location, and Matching to Place Water Maze test (which measures working memory i.e., the cognitive skill that allows a person to leverage newly acquired skill or knowledge to solve a problem) on the same animals that had undergone continuous video recordings. “We found a significant reduction in learning and memory skills in all three tests in these animals,” Swann said. “These findings point towards a likely association between seizure progression and cognitive decline in this model of epileptic spasms and underscore the critical importance of early diagnosis and intervention in IS infants.”

Others involved in the study were John T. Le, Carlos Ballester-Rosado, and James D. Frost. They are affiliated with the Cain Foundations Laboratories, Jan and Dan Duncan Neurological Research Institute at Texas Children’s Hospital, and Baylor College of Medicine. This study was funded by grants from the National Institutes of Health, CURE Epilepsy’s Infantile Spasms Initiative, and the National Institute of Health’s Intellectual Developmental Disabilities Research Centers.