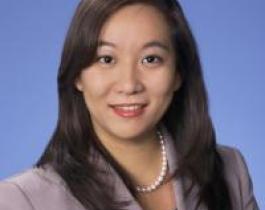 A recent study from Texas Children’s Hospital and the Undiagnosed Diseases Network at Baylor College of Medicine has identified the first atypical case of a neurodevelopmental disorder with microcephaly, hypotonia and variable brain abnormalities (NMIHBA syndrome) caused by a synonymous variant in the Prune exopolyphosphatase-1 (PRUNE1) gene disrupting a critical protein domain. The study, led by Dr. Hsiao Tuan Chao, child neurologist and researcher at the Jan and Dan Duncan Neurological Research Institute at Texas Children’s Hospital and Baylor College of Medicine, has unearthed new insights about different PRUNE1 gene variants and the clinical presentation of this disease. The study was recently published in the American Journal of Medical Genetics Part A.

PRUNE1 encodes a member of the DHH-phosphodiesterase superfamily of enzymes that regulate cell migration, differentiation and growth. These processes are critical for building brain structures during early development. In 2015, it was discovered that the functional loss of both copies of the PRUNE1 gene results in NMIHBA syndrome. This syndrome is caused by a variety of mutations that cause changes in specific regions (DHH or DHH-associated domains) of the PRUNE1 protein.

The present study was initiated with the enrollment in the Undiagnosed Diseases Network of a six-year-old boy with intellectual and developmental disabilities, low muscle tone, speech impairments and a progressive inexplicable regression in motor skills. As the first step toward solving this medical mystery, the UDN team sequenced the DNA of the patient and compared it to his parents’ genomes. This analysis showed that he carried a synonymous variant (PRUNE1 c.933G>A), a misspelling in the genetic code that should not result in a change in the encoded protein. However, through transcriptomic sequencing, the UDN team discovered that this specific PRUNE1 synonymous variant resulted in the deletion of a large portion of the DHHA2 protein domain.

Perplexed by these results, first author and graduate student, Christina Magyar, in the Chao Laboratory undertook an analysis of the PRUNE1-associated genotypic and phenotypic spectrum to understand how such a change in the protein could cause neurologic disease. “These results were puzzling for two reasons,” she said. “First, unlike a majority of children with NMIHBA syndrome reported in the literature, this child did not have severe pathologies such as microcephaly (reduced brain size), structural brain abnormalities, or symptoms like seizures. Moreover, he carried a type of alteration in the PRUNE1 gene that is often predicted not to alter the encoded amino acid or resulting protein’s function, and such alterations are not, therefore, usually considered to contribute to disease pathogenesis.”

To better understand the correlation between the type of mutation and the disease severity, Magyar and colleagues undertook a comprehensive analysis of 47 people with PRUNE1-associated NHIMBA syndrome known to date from the medical literature. They compared

different types of PRUNE1 gene alterations to the severity of the disease presentation in these patients. Based on this, they concluded that atypical ‘milder’ presentations of this syndrome, like the one this child had, are usually associated with gene alterations disrupting the DHHA2 protein domain and/or altering mRNA splicing.

“This study further expands the understanding of the disease spectrum associated with PRUNE1-related NMIHBA syndrome and highlights the disease-causing potential of synonymous gene alterations, particularly with atypical disease presentations,” Chao concluded. “Moreover, we hope our insights into this rare disorder will empower clinicians with the tools to provide improved diagnostic and prognostic understanding for these children and their families.”