CRISPRCloud: A new web tool developed by NRI researchers to mine and analyze CRISPR data 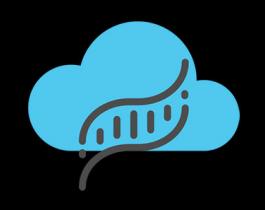 In this study, Hyun-Hwan Jeong, a postdoctoral fellow in the Liu Lab developed CRISPRcloud, a bioinformatics platform that extracts and analyzes complex CRISPR sequencing data, which are then displayed in a user-friendly graphical interface.

CRISPR (clustered regularly interspaced short palindromic repeats) is a cutting-edge editing tool in biology that has been used to add or remove specific genes from plant and animal genomes. It is a part of bacteria’s natural defense system to protect against viral infections but in recent years, scientists have leveraged it to artificially edit specific genes in the laboratory.

In the last decade decreasing costs and time associated with complex CRISPR sequencing projects has allowed labs all over the world to use it on a routine basis. This has generated a huge amount of complex, unannotated CRISPR sequencing data. However, decoding and extracting useful information from this mountain of data in a timely fashion is a huge roadblock for biomedical investigators with little-or-no bioinformatics expertise.

CRISPRcloud solves the issue of CRISPR sequencing-to-data time lag and helps speed up biomedical discoveries. In addition, researchers can also use this tool to collate information about their favorite gene(s) from other external databases such as CRISPRtools, GenomeCRISPR, MARRVEL.