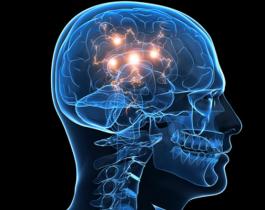 A new study by an international team of scientists led by Dr. Joshua Shulman, assistant professor at Baylor College of Medicine and investigator at the Jan and Dan Duncan Neurological Research Institute at Texas Children’s Hospital sheds new light on the genetic factors associated with Parkinson’s disease, a common neurodegenerative disorder.
This study, published in Brain, systematically examined for the first time if genetic defects in neuronal 'waste disposal system' correlates to an increased risk for developing Parkinson’s disease, later in life. Researchers found genes that had previously been implicated in lysosomal storage disorder were also potential major contributors to the onset and progression of Parkinson’s.

In recent years, defects in the glucocerebrosidase (GBA) gene have been identified as significant risk factor for Parkinson’s disease. Deficiencies in this gene also are known to cause Gaucher disease, a lysosomal storage disorder.

The lysosomes are sac-shaped structures inside all cells that are in charge of clearing the waste produced by the cells. The sacs contain enzymes that degrade cellular waste into its constituent components, which the cell can recycle or discard. When lysosomes fail and cellular waste accumulates, disease follows. Gaucher disease is one of about 50 lysosomal storage disorders.

It has been frequently observed that individuals with Gaucher disease have family members with Parkinson’s disease. People who carry one defective copy of the GBA gene have a 5- to 8-times increased risk of having Parkinson’s disease later in life. In addition, defects in SMPD1, a gene implicated in lysosome storage disorders, is emerging as a new risk factor for Parkinson’s disease.

In this study, researchers compiled a list of 54 genes involved in lysosome storage disorders and determined whether the genome of a group of Parkinson’s patients carried defective forms of these genes at a higher frequency than the normal population.

Although more research remains to be done, this data suggests the interesting possibility that damage to the lysosome might be at the core of Parkinson’s disease. This study shows for the first time that lysosomal storage disorders that are typically pediatric disorders and Parkinson’s disease, progressive neurodegenerative condition common in the elderly, may arise due to defects in the same biological mechanisms.

This discovery was possible due to the large-scale nature of the study and the multi-disciplinary nature of this research team which brought together adult neurologists specializing in Parkinson’s disease with pediatricians and geneticists focusing on childhood lysosomal disorders.

This study offers a better understanding of the genetics of Parkinson’s disease which could improve diagnosis, offer insights on how the disease progresses and help develop new therapies in the future.