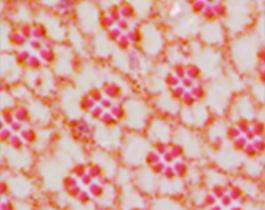 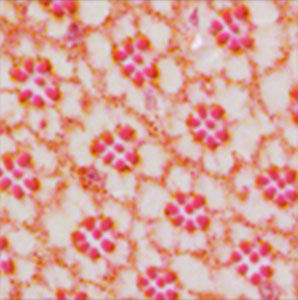 A large collaborative study led by Dr. Joshua Shulman, Assistant Professor at Baylor College of Medicine and investigator at the Jan and Dan Duncan Neurological Research Institute (NRI) at Texas Children’s Hospital and Dr. Peter Heutink, professor at the German Center for Neurodegenerative Diseases, has revealed five strong candidate genes for Parkinson’s disease. The study was published recently in the journal, Genome Biology.

In this one-of-a-kind study sponsored by the International Parkinson’s Disease Genomics Consortium (IPDGC), researchers performed whole-exome sequencing and functional analysis of 1148 unrelated Parkinson’s disease cases, the largest such cohort examined to date, and compared their results with 503 control participants of European ancestry.

Whole-exome sequencing provides a nucleotide-by-nucleotide (basic unit of DNA) readout of all the expressed genes in a person’s DNA. It has proved to be a valuable tool to study rare Mendelian diseases because it can very efficiently pick out even the tiniest mis-spellings in a gene. Researchers have successfully employed this technique in the recent years to identify genes responsible for many uncommon neurological diseases.

Parkinson’s disease is a commonly occurring progressive neurodegenerative that affects 4 million people worldwide. Several regions of the brain, especially an area called the substantia nigra that controls balance and movement, are impaired in this disease. Normally, these cells produce a chemical messenger called dopamine, which transmits signals within the brain to produce smooth physical movements. When these dopamine-producing neurons are damaged or die, communication between the brain and muscles weakens. Eventually, the brain is unable to control muscle movement.

Often trembling or shaking of a limb is the first noticeable symptom, followed by stiffness and inability to move. Some patients also complain of depression, hallucinations and loss of cognitive abilities.

Only about 15 percent of the people with Parkinson’s disease have a family history of the disease; whole-exome sequencing has successfully identified key causative genes in such cases. So far, due to the various technical reasons, it had been difficult to identify rare genetic mutations that cause the vast majority of sporadic Parkinson’s disease.

In this study, the authors overcome many of those hurdles by employing a powerful strategy that integrates whole-exome sequencing of a large number of unrelated Parkinson’s patient samples with functional studies in human cells and experimental animal models, including fruit flies and worms. This helped them to identify 27 potential candidate genes in an unbiased manner which were then narrowed down to the five strongest candidates, based on functional relevance.

Interestingly, all the five genes are expressed in the brain region affected in Parkinson patients, the substantia nigra (i.e. they are present in the right place to influence Parkinson’s disease). Further investigations will be required to definitively show if and how mutations in these genes increase susceptibility to Parkinson’s disease.

It is important to note that the integrative strategy described in this study can be broadly applied to identify rare variants of many other complex genetic diseases as well.