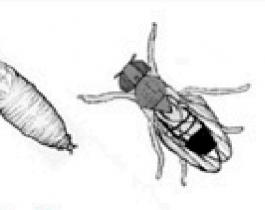 Academic biomedical research enterprise in US is mostly funded by the federal government, mainly through National Institutes of Health (NIH), National Science Foundation (NSF) or Department of Defense (DOD). In addition, private philanthropic organizations such as Howard Hughes Medical Institute (HHMI) and various disease-specific foundations provide substantial financial support. In the past six years, federal funding for biomedical research based on the number of NIH R01 support has dwindled by 17% across all disciplines and even more so for some model organisms. If inflation, based on the Biomedical Research and Development Price Index (BRDPI), is taken into account the 17% loss is compounded by an additional loss of 18%. Research support in the model organism Drosophila, the fruit fly, has dwindled even more relative to other fields, and it is not sufficient to fulfill the current need, especially among junior investigators.

Baylor College of Medicine faculty and fruit fly biologists at the Neurological Research Institute at Texas Children’s hospital, Drs. Michael Wangler, Shinya Yamamoto and Hugo J Bellen have published an article this week titled, “Fruit flies in Biomedical Research“, in the journal Genetics that explores the value of fruit fly research in biomedical discoveries and the need for additional funding.

This insightful article provides an excellent summary of some of the key contributions resulting from a century of using fruit flies for biomedical research. They highlight major discoveries that were first made in Drosophila and have had tremendous impact on our understanding of fundamental biological processes as well as on identification of the genetic causes of many diseases. In many cases these were fundamental discoveries in genetics, neuroscience, and developmental biology that proved to be extremely valuable to biomedical research.

The authors discuss their recent work that shows that mutations in human genes that are one of several human versions of a single essential fly gene are much more likely to result in diseases compared to fly genes that only have a single version in humans. While 60% of fly genes have human homologs, detailed functional analysis has been performed for only a fraction of those genes.

In recent years, next-generation sequencing has become an increasingly useful diagnostic tool to identify genetic disorders. Nowadays, many clinical laboratories in academic centers such as the Whole Genome Laboratories at the Baylor College of Medicine, sequence entire genomes from patient’s DNA samples to identify the most appropriate treatment option.

In parallel, large-scale research-based efforts conducted by various researchers and the Centers of Mendelian Genomics, a NIH-funded international cooperative have identified many novel gene variants responsible for rare Mendelian diseases. Determining which of these gene variants are medically relevant sometimes requires in-depth functional studies in animal models. Given that fruit flies share a high degree of functional homology with human genes, are much cheaper to study than mouse/other mammalian models and have a wealth of readily available genetic as well state-of-the-art genomic tools, the authors argue that there has never been a better time to employ fruit flies to expedite identification and functional analysis of rare disease genes and open up exciting clinical and research opportunities.

They propose that federal agencies need to actively encourage collaborative research between fruit fly researchers and human geneticists/clinicians to make the best possible use of dwindling research dollars to promote public health. Furthermore, they urge that in order for US to remain a world leader in biomedical and life sciences, the federal government should continue to invest in long-term basic preclinical research and not divert all of its resources towards short-term translational studies.