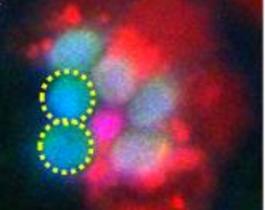 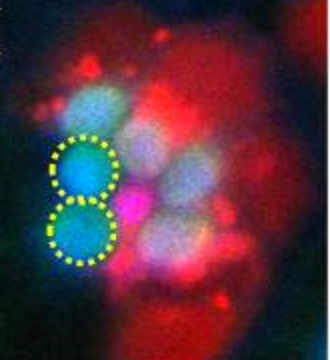 Mitochondria are the cellular energy generators of plants and animals. One of their main functions is to produce adenosine triphosphate (ATP), a major source of energy. Generation of ATP and other high-energy intermediates occurs through a series of biochemical steps involving transfer of electrons, known as the electron transport chain.

Typically, this is a tightly regulated process but occasionally, certain external or internal stimuli can disrupt the electron transport chain and cause accumulation of highly unstable reactive oxygen species (ROS). Over time, this can lead to oxidative stress, a state of cellular imbalance where the rate of ROS accumulation far exceeds the cell’s ability to detoxify itself and to reverse the cellular damage inflicted by ROS.

Mitochondrial damage and dysfunction have been implicated in many metabolic and neurological diseases such as diabetes, cancer, atherosclerosis, autism, Leigh’s syndrome, progressive optic neuropathy and neurodegenerative diseases such as Alzheimer’s and many others. It is thought that mitochondrial defects result in elevated levels of oxidative stress, which is the primary cause of disease progression. However, contrary to this established paradigm, a recent study from Dr. Hugo Bellen’s team at the Baylor College of Medicine, the Howard Hughes Medical Institute, and the Neurological research Institute shows that mutations in some genes that affect mitochondrial ATP production cause neuronal degeneration independent of oxidative stress.

In an unbiased genetic screen, the team found that mutations in three different genes that regulate mitochondrial ATP generation lead to light-dependent degeneration of photoreceptor neurons in fruit fly eyes. Surprisingly, unlike most mitochondrial mutants, these mutants did not have increased oxidative stress, suggesting the existence of a novel mechanism of degeneration.

Phototransduction i.e., the biological process by which light is converted into electrical signals in various light-sensitive cells of the retina requires substantial amounts of energy. In flies, this cyclic process is initiated by the conversion of Rhodopsin1 (Rh1), a protein found in the specialized light-sensitive cells, to meta-Rh1 (MRh1) by blue light. This triggers a G-protein cascade that opens a light-sensitive calcium channel, causing an influx of calcium ions and depolarizing the photoreceptor neurons. Subsequently, MRh1 is inactivated by binding to Arrestin2 (Arr2) and is recycled back to its native state (Rh1) until the next round of activation by light.

Manish Jaiswal and his colleagues observed that mutations in a pentatricopeptide repeat containing protein (ppr) resulted in the accumulation of Rh1 upon exposure to light. Impaired calcium influx and defective release of Arr2 from Rh1 in ppr photoreceptors led to excessive accumulation of Arr2-Rh1 complexes, which was demonstrated to be the major reason behind degeneration of photoreceptor neurons. Similarly, loss of two other mitochondrial proteins, pyruvate dehydrogenase and citrate synthase, that reduced ATP production but did not increase ROS exhibited similar neuronal degeneration as ppr mutants.

Defects in human homologs of each of these genes has been shown to result in disease pathologies. For example, loss of LRPPRC is implicated in Leigh Syndrome, an autosomal recessive neurodegenerative disorder, while mutations in human homolog of pyruvate dehydrogenase is associated with pyruvate dehydrogenase E1-alpha deficiency and loss of citrate synthase is associated with tumor malignancy.