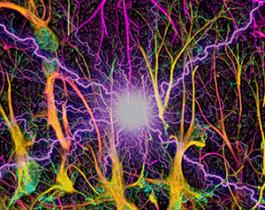 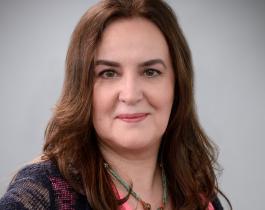 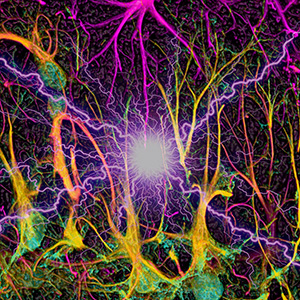 Adult neurogenesis is the process of generating new neurons which integrate into existing circuits even after fetal and early postnatal development has ceased. Until recently, it was commonly thought that neurogenesis stops at the end of development. However, in the last decade, many studies have clearly demonstrated that in most mammals including humans, neurogenesis continues in the adults as well but is limited to the specific brain regions, such as hippocampus. Defects in adult neurogenesis affects memory formation, learning and also exacerbates mood disorders such as anxiety and depression.

New neurons are generated from a population of radial neural stem cells (rNSCs) that usually remain quiescent. Once activated, they divide asymmetrically to produce several rapidly proliferating amplifying neural progenitors (ANP) that differentiate into neurons. Regulatory mechanisms involved in the final step in the formation of neurons i.,e conversion from ANP to neurons, has been well-studied. However, so far, mechanisms that activate rNSC division have been far more elusive.

An exciting study from the laboratories of Drs. Mirjana Maletic-Savatic and Juan Manuel Encinas, published in Cell Stem Cell, sheds light on how neuronal activity affects rNSC division and thereby, generation of new neurons in adults. They demonstrated that excessive neuronal activity results in the loss of rNSCs and thereby, affects short-term as well as long-term generation of new neurons in adult hippocampus. More interestingly, they have identified that different levels of neuronal excitation affect rNSCs in a completely different manner.

From previous studies, it is known that under normal conditions, rNSCs have a limited mitotic potential. Once activated, they undergo several rounds of asymmetric division to produce neuronal precursors and then become astrocytes. Hence, the reservoir of hippocampal rNSCs depletes over time accounting for the overall decline in the generation of new neurons as we age. Neuronal hyperactivity, such as epileptic seizures, are known to induce activation of rNSCs. Interestingly, while epileptic seizures have been long known to halt hippocampal neurogenesis and cognitive deficits, underlying molecular mechanism has remained elusive.

In this study, the authors asked if neuronal hyperexcitation as seen in epilepsy, leads to more frequent activation of rNSCs and therefore, premature depletion of the pool of neural stem cells in the hippocampus.
They compared the effects of neural hyperactivity on hippocampal rNSC activation and division using two distinct models that reflect two aspects of epilepsy: spontaneous seizures in mesial temporal lobe epilepsy (MTLE) model, and isolated spikes with no seizures in epileptiform activity (EA) model. MTLE is a chronic neurological condition caused by neuronal hyperactivation and characterized by recurrent seizures whereas EA is characterized by hyperexcitatory discharges that do not trigger clinical seizures, but are also seen in patients with epilepsy.

Interestingly, they found that in both mice models, many rNSC’s were activated and therefore, their depletion is accelerated but due to completely different processes. In mouse models of MLTE, neuronal hyperexcitation and seizures cause rNSCs to convert to reactive astrocytes. rNSCs then apparently switch to a symmetric mode of division to generate massive numbers of reactive astrocytes “offsprings”. This quickly diminishes the pool of rNSCs and neuronal lineage gets rapidly abolished. On the other hand, in mouse models of EA, neuronal hyperactivity simply leads to activation of more hippocampal rNSCs that undergo multiple rounds of asymmetric division produce neurons. Since rNSCs are activated in larger numbers to produce far more newborn neurons compared to normal, EA nevertheless accelerated the decline of hippocampal rNSC population and gradually decreased neurogenesis.

This study shows that neuronal hyperactivity, like epilepsy, depletes the reservoir of neural stem cells and slows down generation of new neurons. Depending on whether this neural hyperactivity is associated with seizures or not, different rNSC activation mechanisms are triggered, that block neurogenesis in short- or long-term. Other studies have speculated that inducing the formation of new neurons could be the potential therapeutic strategy for epileptic patients with high incidences of memory impairment, anxiety or depression. However, based on this study, it appears that instead of simply increasing neurogenesis, it may be more beneficial to prevent massive activation of rNSCs and/or their conversion to reactive astrocytes, and thereby, extend their neurogenic potential.