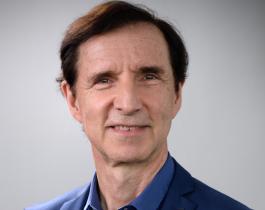 When a complex system goes awry and multiple parts are affected, how do you figure out which changes are causative and which are merely correlative? A team of scientists led by Dr. Juan Botas, professor at Baylor College of Medicine and investigator at the Jan and Dan Duncan Neurological Research Institute have developed a way to sort through the thousands of genetic alterations that accumulate in human brains affected by neurological disease. Using Huntington’s disease (HD) as a test case and capitalizing on years of previous studies that identified different sets of genetic changes in the brains of HD patients and multiple mouse models, the Botas lab was not only able to pinpoint causative changes but to show that some changes were a compensatory response on the part of neurons affected by the disease. The study appears in the journal Cell Systems.

All diseases, even those like HD that are caused by a single mutation, ultimately affect many cellular processes and, with them, the expression of thousands of genes. Some gene expression changes play a central role in driving the disease forward; others reflect the body’s attempt to counteract the disease. Still other changes are simply downstream effects that aren’t terribly important. Up until now, figuring out the effects of each change in gene expression required studying one gene at a time in an animal model—a laborious, expensive, time-consuming process.

The breakthrough in this study is providing a systematic approach to untangling the morass of molecular changes that occur in a given disease. The Botas lab took the voluminous data already produced by numerous gene expression studies in human tissue and mouse models, then narrowed the list of genes they would test to a few hundred that are affected in both mice and humans. They then integrated functional studies in fruit flies and HD patient cells with bioinformatic analysis of the larger networks to which the genes belong. This multi-pronged approach quickly revealed which genetic changes aggravated neuronal dysfunction, and which alleviated it.

The foundation of the work is a line of fruit flies engineered by the Botas lab to express a mutated version of the human huntingtin gene similar to the one that causes HD in humans. Then, the research team duplicated every one of the ~300 documented gene expression changes in these HD model flies to determine its effect on neuronal function. Importantly, the team also studied what happened when they mirrored the change. In other words, if gene X is down-regulated in HD patient tissue, the Botas group would study one group of HD flies with gene X down-regulated and another group of HD flies with gene X up-regulated. They then observed the effects of these changes on HD fly behavior in a simple test of motor performance.

This motor assay relies on the innate escape behavior of healthy fruit flies to climb the walls of a test tube after it is tapped. Animals that are sick will not climb as far or as rapidly, and their performance can be easily measured. The researchers reasoned that gene expression changes that are truly pathogenic would worsen the performance of HD fruit flies in the climbing assay, compensatory changes would improve it, and inconsequential changes would have no effect.

This strategy revealed some surprising results while confirming others. They found that increased expression of genes involved in creating and maintaining the actin cytoskeleton—a network of tubules and fibers that give the cell shape and mobility— hinders the degradation of the mutant huntingtin protein, which worsens the disease. Similarly, increased expression of genes that cause inflammation also drive the disease forward.  Conversely, changes in calcium regulation, which had long been documented in HD, turn out to be a compensatory response on the part of affected neurons. Last but not least, the studies uncovered targets that indirectly reduce levels of the mutant huntingtin protein.

By identifying modifier genes that aggravate or relieve HD pathogenesis, this work points toward viable therapeutic targets—and will help researchers avoid treatments that suppress compensatory pathways or intensify pathogenic ones. Moreover, while this work focused on genes that are dysregulated in HD, the approach described here can be applied to other neurological disorders for which there are large datasets that need to be understood.

Other Jan and Dan Duncan Neurological Research Institute Investigators that are authors of this work include Drs. Ismael Al-Ramahi and Zhandong Liu.