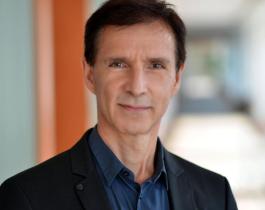 Many neurodegenerative disorders such as Parkinson’s disease (PD) result from the combined effects of mutations in several genes (i.e., polygenic). Although previous studies have identified a few genes that are responsible for familial or sporadic cases of PD, we are still far from knowing the entire spectrum of genes that contribute to this complex disorder. Researchers at the Jan and Dan Duncan Neurological Research Institute at Texas Children’s Hospital and Baylor College of Medicine have recently developed an integrated functional genomics approach that led to the discovery of 50 genes that have been shown for the first time to modify PD pathology in a disease animal model. The study was published in Human Molecular Genetics.

The study was led by Dr. Juan Botas, professor at Baylor College and investigator at the Duncan NRI. The highlight of the study is a new multidisciplinary high-throughput approach the team developed to identify and functionally validate dozens of PD-causing and neuroprotective genes.

Usually, it takes several years to identify and functionally validate the role of a gene in a genetic disorder, and this is a particularly onerous task for a polygenic disease like PD. By integrating several computational and in vivo biological approaches within a single screening strategy, the team was able to identify and validate many PD gene candidates in a fairly short time.

Since 2005, Genome-Wide Association Studies (GWAS) have been used to analyze the genomes of large numbers of individuals to identify genomic variants that are statistically associated with increased risk for a complex genetic disorder. While this method reveals genetic loci/gene variants that may be potentially associated with a particular disease, further in-depth in vitro in cultured cells and/or in vivo studies in animal models are necessary to demonstrate the biological involvement of those variants in the pathogenesis of that disease, which are labor-intensive and time-consuming processes. In recent years, a new approach known as transcriptome-wide association study (TWAS) has been developed to predict genetic risk for complex diseases. Combining TWAS and GWAS with a machine learning algorithm gave them insights into the potential function of these variants. Nevertheless, genes identified by both methods need further experimental validation.

To speed up the gene validation process, the lead author of this study, graduate student, Jiayang Li, and others developed a multi-step approach that combined several computational and in vivo validation methods.

“First, we nominated 160 potential PD candidate genes via GWAS and TWAS, which were further analyzed using other state-of-the art computational tools and led to 80 high-confidence PD genes” Li said. “Second, we established a link between these candidates and PD-associated pathology by assessing if the expression patterns of these candidates were altered in brain and blood transcriptome of PD patients. Finally, to gauge functional relationships between these candidates and to assess which biological pathways they are involved in, we performed several in silico and in vivo analyses that finally resulted in 50 PD risk genes and 14 potentially neuroprotective genes.”

“Our success in identifying so many new variants and the remarkable congruence in the results we obtained at each step of this screen supports this is as a powerful method to identify and validate new PD candidate genes,” Dr. Botas said. “Moreover, as long as genomic information is readily available, this approach can be applied broadly to a wide range of complex genetic disorders and so, we anticipate this study to have a wide impact on disease areas much beyond PD.”

Others involved in the study were Bismarck Amoh, Emma McCormick, Akash Tarkunde, Katy Zhu, Alma Perez, Megan Mair, Justin Moore, Joshua Shulman, and Ismael Al-Ramahi. They were affiliated to Baylor College of Medicine and Jan and Dan Duncan Neurological Research Institute at Texas Children’s Hospital. The study was supported by the Huffington Foundation, a gift from Terry and Bob Lindsay, and the National Institutes of Health.