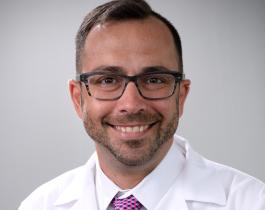 An exciting study conducted in the laboratories of Dr. Tiemo Klisch at the Jan and Dan Duncan Neurological Research Institute at Texas Children’s Hospital, has identified new roles for Atonal homologue 1 (Atoh1) and the Janus Kinase 2 (Jak2) signaling pathway in regulating a particular type of medulloblastoma tumors.

In this study, the authors used a combination of in vitro biochemical techniques and human-derived medulloblastoma cell lines to demonstrate that Atoh1 protein is aberrantly modified by Jak2 only in tumor-initiating cells by addition of phosphate groups to amino acid tyrosine in the 78th position. Phosphorylation of Atoh1 makes it more active and stable, resulting in increased tumor growth.

Medulloblastoma is the most common malignant brain tumor in children and forms in the cerebellum, a region of the brain important for movement and spatial orientation. Based on the molecular signatures, medulloblastomas are classified into four subtypes with the Shh-type encompassing up to 25 percent of all such tumors.

Current treatment options are limited to surgical removal of the tumor and surrounding healthy brain tissue in combination with chemotherapy and radiation.  However, with the current treatments modalities, only 50 to 60 percent of Shh-type medulloblastoma patients survive. Previous attempts to develop therapies by targeting different genes of the Shh pathway have not been entirely successful in preventing secondary tumors. Based on this study, it appears modulating Atoh1 may potentially circumvent this issue.

Neurons express Atoh1 in utero and in early post-natal life when the cerebellum is still developing. Its expression ceases around the first year after birth until it gets erroneously re-activated later in childhood or adulthood, when it leads to Shh-type brain tumors.

Previously, Klisch and colleagues had observed that in the absence of Atoh1, formation of Shh-type medulloblastoma tumors is completely blocked, even if the Shh pathway was activated. This dramatic observation led the researchers to undertake the current study to test if modulating Atoh1 levels in the cerebellar neurons would provide a better molecular handle to treat Shh-type medulloblastoma tumors.

After extensive analysis, they discovered Jak2 was the tyrosine kinase responsible for aberrant phosphorylation of Atoh1 in tumor-initiating cells of the cerebellum. Although Jak2 has been studied extensively in the context of other cancers, it has never before been implicated in the formation of medulloblastoma.

Thus, this study shows that regulating Atoh1 levels directly or indirectly by inhibiting Jak2 is a potential strategy to effectively treat Shh-type brain tumors. The authors’ hope is that in the future, patients with Shh-type medulloblastoma tumors will benefit from adjunct therapy that reduces Atoh1 levels in tumor-initiating cells, leading to higher remission rates and cancer-free survival.