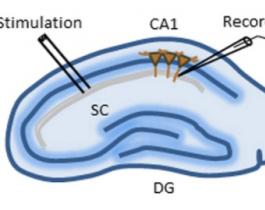 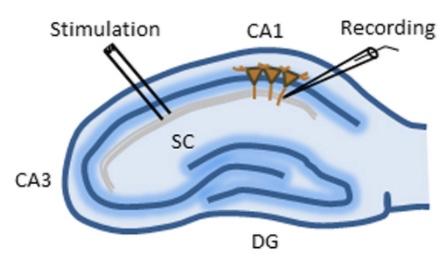 Typically, two copies of every gene are expressed in every cell of human body. In rare circumstances, due to genomic rearrangements, certain genes get duplicated or deleted. This significantly increases or decreases their levels leading to debilitating neurological deficits.

Methyl CpG binding protein 2 (MECP2) is one of the master regulators of global gene expression, meaning it controls expression of thousands of genes. Therefore, it is crucial that its levels are tightly controlled.

Loss-of-function mutations in MECP2 cause a severe neurological disorder called the Rett syndrome. On the other hand, duplications in MECP2 cause a debilitating neurological disorder called the MECP2 Duplication syndrome. This occurs mainly in males and results in motor, behavioral and cognitive dysfunction, autism, epilepsy, respiratory infections and even early death.

In 2004 a team of researchers led by Dr. Huda Zoghbi, director of NRI and professor of molecular and human genetics at the Baylor College of Medicine, developed a mouse model for this duplication syndrome and hypothesized that excessive levels of MECP2 is the cause of the neurological symptoms observed in these patients. A year later the first individuals with duplication syndrome were diagnosed.

Given the wide range of symptoms, finding a specific therapeutic target for this syndrome had been a daunting challenge. Also, it was not clear if neurological damage could be reversed after symptoms of MECP2 duplication syndrome begin to appear.

In an exciting new study published last week, Dr. Huda Zoghbi’s team show that it is possible to genetically reverse most of the behavioral, motor and cognitive symptoms in mice models of this syndrome. More importantly they observed similar success using specific antisense oligonucleotides (ASOs) that can be used clinically to treat patients.

Dr. Yehezkel Sztainberg, a post-doctoral fellow in Zoghbi’s laboratory and first author of the paper genetically engineered a transgenic mouse model to carry a duplicate copy of MeCP2. When these mice become fully symptomatic, they can be induced with a certain chemical, tamoxifen, to delete the extra copy.

Using these powerful genetic tools, they demonstrated that it is not only possible to normalize MeCP2 levels in specific brain regions but that within 6-7 weeks of this treatment all the associated neurological symptoms like intellectual/motor disabilities, abnormal social behaviors and severe recurrent seizures are reversed in these adult mice.

Since genetic manipulations cannot be performed on human subjects, Dr. Zoghbi’s team went a step further to test if using small molecule inhibitors such as antisense oligonucleotides (ASO) would be as effective in reverting the symptoms in MeCP2 duplication syndrome patients.

ASO’s are synthetic polymers that can be administered to patient brain regions. They are designed to have a sequence of deoxyribonucleotides complementary to the gene’s messenger RNA (mRNA). This ensures that they bind to that mRNA and prevent it from getting translated.

Interestingly, this study also opens up the possibility of considering ASOs to treat other gene duplication disorders such as Down’s syndrome, Charcot-Marie Tooth syndrome or Potocki-Lupski syndromes.