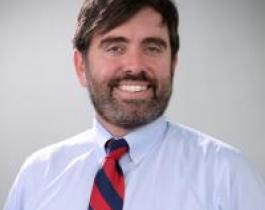 Most genetic diseases are caused by spontaneously arising mutations in the genetic code. Point mutations that cause miscoding of the amino acid, arginine, occur more often than mutations in any other amino acids. A comprehensive genome-wide study from the laboratory of human geneticist Dr. Michael Wangler, assistant professor at Baylor College of Medicine and investigator at the Jan and Dan Duncan Neurological Research Institute at Texas Children’s Hospital, has led to a method to predict human diseases based on arginine codon usage pattern. The study appeared in the journal Genetics in Medicine.

The team found genes that favor cytosine-guanine (CGN) codon usage rather than adenine-guanine (AGR) codons had a higher likelihood of being associated with diseases. The study, performed in collaboration with Dr. Neil Hanchard, assistant professor at Baylor and Texas Children’s, and his graduate student, Katharina Schulze, is the first to suggest arginine codon usage pattern as a predictive indicator of human diseases.

Human genome is composed of genes, coded by a series of four nucleotides – adenine, guanine, cytosine and thymine. Of these, adenine and guanine are two-ring purines whereas cytosine and thymine are one-ring pyrimidines. Mutations that cause exchange of one-ring and two-ring structures are known as transversions and often result in pronounced, and often disastrous, effects on gene function.

Arginine is encoded by six codons in vertebrate genomes – four ‘CGN’ codons (CGA, CGC, CGG, CGU) and two ‘AGR’ codons (AGG, AGA). Interestingly, arginine is the only amino acid to contain CpG dinucleotides at the first and second codon positions, which are less redundant than the third position (“wobble” position) and therefore, more likely to lead to an amino acid change.

Cytosines in a cytosine-guanine (CpG) dinucleotide context are known for their propensity to mutate at a rate that can be several hundred-fold greater than transversions at other bases, and are therefore disproportionately represented in human genetic variation. This increased rate of mutation can be explained by the fact that chemical conversion (by spontaneous removal of amino groups) of methylated cytosine results in thymine, which is not readily detected by DNA repair mechanisms.

In humans, conversion of cytosine to thymine is among the most common type of mutation because they tend to behave as genomic “wild- cards”. Just like introducing a “wild-card” to the game of poker increases variations in the game play, presence of more cytosine residues increases the chance of genomic variation.

“Our genome-wide analysis has surprisingly shown us that genes that favor CpG codons in the first and second codon position for arginine are reliable predictors of disease risk, particularly for dominant genetic disorders where mutation in a single copy of the gene is sufficient to produce a disease phenotype,” Wangler said.