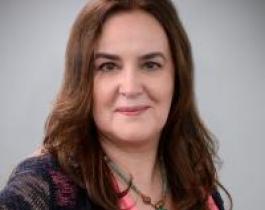 HOUSTON – (Mar 24, 2021) – The mammalian center for learning and memory, hippocampus, has a remarkable capacity to generate new neurons throughout life. Newborn neurons are produced by neural stem cells (NSCs) and they are crucial for forming neural circuits required for learning and memory, and mood control. During aging, the number of NSCs declines, leading to decreased neurogenesis and age-associated cognitive decline, anxiety, and depression. Thus, identifying the core molecular machinery responsible for NSC preservation is of fundamental importance if we are to use neurogenesis to halt or reverse hippocampal age-related pathology.

While there are increasing number of tools available to study NSCs and neurogenesis in mouse models, one of the major hurdles in exploring this fundamental biological process in the human brain is the lack of specific NSCs markers amenable for advanced imaging and in vivo analysis. A team of researchers led by Dr. Mirjana Maletić-Savatić, associate professor at Baylor College of Medicine and investigator at the Jan and Dan Duncan Neurological Research Institute at Texas Children’s Hospital, and Dr. Louis Manganas, associate professor at the Stony Brook University, decided to tackle this problem in a rather unusual way. They reasoned that if they could find proteins that are present on the surface of NSCs, then they could eventually make agents to “see” NSCs in the human brain.

“The ultimate goal of our research is to maintain neurogenesis throughout life at the same level as it is in the young brains, to prevent the decline in our cognitive capabilities and reduce the tendency towards mood disorders such as depression, as we age. To do that, however, we first need to better understand this elusive, yet fundamental process in humans. However, we do not have the tools to study this process in live humans and all the knowledge we have gathered so far comes from analyses of the postmortem brains. And we cannot develop tools to detect this process in people because existing NSC markers are present within cells and unreachable for in vivo visualization,” Maletić-Savatić said. “So, in collaboration with our colleagues from New York and Spain, we undertook this study to find surface markers and then develop tools such as ligands for positron emission tomography (PET) to visualize them using advanced real-time in vivo brain imaging.”

Typically, antibodies are made against known antigens but the team set out to generate antibodies for unknown target proteins, which made their mission rather challenging. They solved this problem by relying on an age-old method of generating antibodies by injecting mice with whole-cell or membrane preparations. This resulted in 1648 clones out of which 39 reacted with NSCs. Upon closer examination, one potential candidate most strongly labeled NSCs. Mass spectrometric analysis of the human hippocampal tissue identified the target protein as the Brain-Abundant Signal Protein 1 (BASP-1), previously shown to be present in the neurons of the mouse brain but not in NSCs. Interestingly, the specific antibody that recognizes BASP-1 in NSCs did not label neurons or any other cells apart from NSCs, indicating that it could be used to visualize these cells in the live mammalian brain.

“Using our new antibody, we found that BASP-1 is restricted to NSCs in neurogenic niches in the mammalian brains, including humans, during development in utero and after birth. Thus, our work identified membrane-bound BASP-1 protein as a possible biomarker of NSCs that would allow us to examine the mechanisms of adult human neurogenesis as well as to explore its role in the process,” Maletić-Savatić concluded.

With this newly discovered biomarker, scientists can better understand the relevance and intricate mechanisms of neurogenesis, which may lead to new future therapeutic approaches to treat and manage neurological and neuropsychiatric disorders associated with diminished neurogenesis. The study was published in the journal, Nature Scientific Reports.