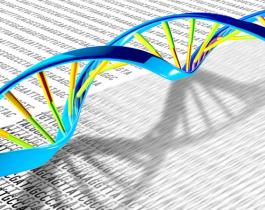 Identifying genes responsible for rare or unknown disorders using traditional approaches can be extremely time-consuming and typically takes several years or decades. However, the Undiagnosed Diseases Network (UDN), a consortium of researchers including Baylor College of Medicine, Texas Children’s Hospital, Stanford University and other institutions, has found 31 new syndromes and has been able to make diagnoses for 132 patients within two years of the group’s inception.

These findings are described in the current edition of the New England Journal of Medicine.

The UDN is a group made up of physician-scientists from 12 clinical sites across the country working to solve the most challenging medical mysteries using advanced technologies.

“UDN is a unique effort that brings together experts in many disciplines to tackle some of the most difficult medical mysteries,” said contributing author Dr. Shinya Yamamoto, assistant professor of molecular and human genetics at Baylor College of Medicine and investigator at the Jan and Dan Duncan Neurological Research Institute at Texas Children’s Hospital. “The team not only includes physicians, genetic counselors and human geneticists, but also model organism biologists and structural biologists who traditionally have not been involved in the diagnostic phase of clinical research.”

This study provides a detailed description of the inner workings of UDN, a National Institutes of Health-funded network. It presents an in-depth analysis of the referral and acceptance patterns, diagnoses, impact rates and follow-up scientific investigations of 1,519 cases that were referred to the UDN in the last two years.

These findings demonstrate how the UDN model has revolutionized the process of gene discovery for rare or unknown disorders. The structure of this research group illustrates how basic biomedical research can be leveraged to solve complex medical mysteries with enormous, immediate benefits to patients suffering from rare or unidentified genetic disorders.

The study reports that in less than two years, 382 qualified patients across the nation have completed extensive medical and genetic evaluations. Of these, 132 have received a diagnosis, yielding an astounding diagnosis rate of 35 percent.

Based on the new findings from the UDN team, physicians were able to take quick action to better manage the disease patients. Twenty-one percent of the patients who received a diagnosis were recommended alternative therapies, and 36 percent received variant-specific genetic counseling.

The UDN was established in 2014 with the goal of solving medical mysteries through team science. It was formed to serve those patients with chronic conditions who after years of extensive testing did not receive a diagnosis or a cause for their symptoms because they suffered from a rare or unknown condition.

As the study points out, the most unique feature and perhaps the biggest contributor toward UDN’s success is its model of multi-institutional collaborations. Teams of researchers and physicians from participating institutions all over the nation leverage their multidisciplinary expertise and resources to quickly find specific diagnoses for extremely challenging clinical cases, with no additional cost to the patients.

“Our unique role in the UDN has been to establish a Model Organisms Screening Center (MOSC) where in-depth studies in a model organism such as the fruit fly Drosophila are contributing to the diagnosis of the most difficult to solve cases from the UDN,” said contributing author Dr. Michael Wangler, assistant professor of molecular and human genetics at Baylor College of Medicine. “This has been a collaborative endeavor that has directly contributed to improving patients’ lives, which is very exciting.”

“A striking feature of working with model organisms like fruit flies is our ability to manipulate the animals fast and precisely. For the UDN project, we typically remove the endogenous fly gene and replace it with the human gene to test the effect of human variants in the fly. Fifty to 70 percent of the time, we find that the human reference gene can rescue the loss of the fly gene but human variants often do a poor job or just fail to rescue the loss of the fly gene,” said contributing author Dr. Hugo Bellen, professor at Baylor and investigator at the Howard Hughes Medical Institute and the Jan and Dan Duncan Neurological Research Institute at Texas Children’s Hospital. “This allows us to determine whether the human variants affect protein function or not, a very valuable piece of information. This strategy also allows us to screen for drugs in flies and to probe protein function in detail."

UDN initially was founded as a network of seven clinical sites, two sequencing cores and a coordinating center. A central biorepository and the MOSC were added later. In 2015, a web-based portal, the UDN Gateway, was launched for patients and/or their families to participate. The National Institutes of Health recently expanded the UDN to add five new clinical sites, a new metabolomics core, and increased model organism capabilities.

Baylor College of Medicine houses one of the sequencing cores and Texas Children’s Hospital/Baylor are one of the UDN clinical sites where doctors and healthcare providers, ranging from neurologists, immunologists, nephrologists, endocrinologists and geneticists, come together to help find the cause of participants' symptoms.

The Model Organisms Screening Center, a functional study Core for the UDN, is also located at Baylor College of Medicine, the Jan and Dan Duncan Neurological Research Institute at Texas Children's Hospital and the University of Oregon. The goal of the MOSC is to help physicians and scientists understand how specific genetic changes (variants) contribute to a particular disease by studying these variants in fruit flies or zebrafish. MOSC researchers work closely with the physicians at UDN clinical sites to identify the genes responsible for rare and undiagnosed disorders. MOSC is spearheaded by NRI investigators Bellen, Shinya Yamamoto and Michael Wangler.

Learn more about the recent research breakthroughs and patient success stories from the UDN and MOSC.

The full list of authors and participating institutions can be found here.