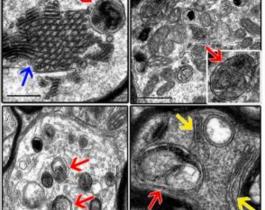 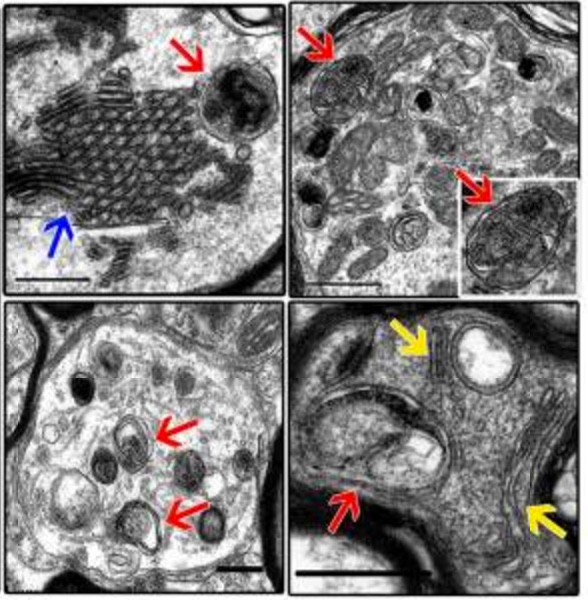 Autophagy is an evolutionarily conserved and tightly regulated cellular quality control process. It is an essential function that occurs in most cells to remove damaged organelles or misfolded proteins. It occurs in lysosomes, which are sac-like acidic organelles containing digestive enzymes required to break down unwanted cellular debris. Defects in autophagy are linked to various pathological conditions including cancer and neurodegeneration.

Autophagy is especially crucial for long-lived cells such as neurons. Problems in autophagy have been observed in various neurological disorders such as Alzheimer’s, Parkinson’s and Huntington’s disease and amyotrophic lateral sclerosis (ALS). In lab animals, functional loss of autophagic genes leads to accumulation of toxic waste products and results in degeneration of neurons.

A recent study published in PLoS Biology, by a research team led by Drs. Chao Tong, Assistant Professor at Zhe Jiang University, China and Hugo Bellen, Professor at Baylor College of Medicine, USA and researcher at the Neurological Research Institute of Texas Children’s hospital, has identified a novel mechanism by which neurons regulate autophagy.

Xuejun Tian and Upasana Gala, first authors of this paper, and others have identified a role for neuronal voltage- gated calcium channels (VGCCs) in the fusion of lysosomes with endosomes and autophagic vesicles. VGCCs have been extensively studied in the context of neurotransmission. In humans, defects in this channel causes neurodegenerative diseases like spinocerebellar ataxia and migraines.

While plasma membrane-VGCCs have been shown to play a role in vesicle fusion, this is the first study that shows that VGCCs are also present on lysosomes. Moreover, they found that loss of VGCCs in flies and mice led to defective fusion of autophagic vesicles with lysosomes, followed by progressive degeneration of neurons. Based on this study, it appears that lysosomal-VGCCs in neurons would act mechanistically similar to plasma membrane-VGCCs and may employ similar molecular partners to perform their function in neurons.

Thus, this study adds a new twist to our understanding of how VGCCs function and more importantly, demonstrates how their dysfunction leads to certain neurodegenerative conditions like spinocerebellar ataxia and some migranes.