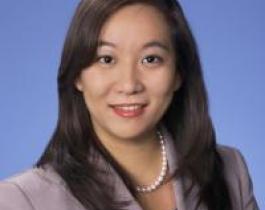 The Dodge Award is given to practicing child neurologists who are also deeply committed to neuroscience research. This highly competitive award recognizes an outstanding physician-scientist whose work exemplifies these fundamental values and practices to advance the field of child neurology, and benefit patients and their families.

With this announcement, Chao joins a stellar group of previous Dodge award recipients that includes Duncan NRI director Dr. Huda Zoghbi and several other current and former Duncan NRI and Baylor College faculty members – Drs. Mirjana Maletic-Savatic, Jeffrey Neul and Jimmy Holder, as well as many prominent neurologists across the country. A full list of prior recipients of this award can be found here.

Chao studies neurodevelopmental and psychiatric disorders such as intellectual disability, epilepsy and autism caused by rare or previously unrecognized genetic alterations. The goal of her research program is to determine the role of inhibitory neuronal dysfunction in the pathogenesis of neurodevelopmental disorders by deciphering how genetic alterations perturb neuronal signaling in the brain, impact neural development, and lead to abnormal neurologic output. Her research integrates mechanistic studies of well-defined single gene neurodevelopmental disorders with cross-species approaches in humans to uncover the genetic etiologies, fruit flies to elucidate the molecular pathways, and mice to explore the cascade of events in the mammalian brain.

The work by Chao, her team, and collaborators at the Duncan NRI and the Undiagnosed Diseases Network have led to the discovery of several neurogenetic disorders including EBF3-related Hypotonia Ataxia Delayed Development (HADD) syndrome and the newly identified EIF2AK1/2-related neurodevelopmental disorder with leukoencephalopathy.

“Since the discovery of EBF3-related HADDS, Tuan established the first multidisciplinary clinic dedicated to HADD syndrome at Texas Children’s Hospital in collaboration with Dr. Michael Wangler at Baylor College, fostered a strong relationship with the patient advocacy group and foundation, and is actively spearheading HADD syndrome and neurodevelopmental disorders research. I am excited for her research endeavors that bridge clinical medicine with basic research to expand our understanding of inhibitory neurobiology in health and disease,” Dr. Huda Zoghbi, director of the Duncan NRI, said.