Home » About Us » News » Dr. David Nelson announced as the recipient of the 2022 Victor A. McKusick Leadership Award 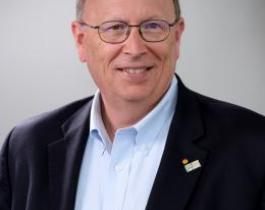 Dr. David Nelson announced as the recipient of the 2022 Victor A. McKusick Leadership Award

Dr. David L. Nelson, professor at Baylor College of Medicine, co-director of BCM Michigan Emory Fragile X Center, associate director of Baylor’s Intellectual and Developmental Disabilities Research Center, and investigator at the Jan and Dan Duncan Neurological Research Institute (Duncan NRI) at Texas Children’s Hospital is the recipient of the 2022 Victor A. McKusick Leadership Award from the American Society of Human Genetics (ASHG). This award is bestowed upon an individual who has exhibited exemplary leadership and vision in advancing the Society’s mission through the promotion and successful assimilation of genetics and genomics knowledge into the broader scientific community in areas ranging from science, medicine, public policy, and/or health.

“Dr. Nelson has exhibited outstanding leadership of ASHG over his 30 years as a member,” said chair of the Molecular and Human Genetics Department at Baylor and ASHG president-elect, Dr. Brendan Lee. “He has also been a scientific leader in the discovery and study of Fragile X syndrome.” His groundbreaking discoveries have improved the lives of people around the world. Moreover, he has mentored dozens of graduate students in his laboratory, many of whom have also made fundamental contributions to human genetics.

In 1991, Dr. Nelson co-discovered the expansion of the triplet codon in the FMR1 gene as an underlying cause of Fragile X syndrome, the most common form of inherited intellectual disability in males and a significant cause of intellectual disability in females. This disorder is characterized by developmental delays, learning disabilities, social and behavioral problems, and autism. The discovery demonstrated that long repeats of triplet nucleotide sequences in a specific region of DNA can lead to genetic disease – a finding that paved the way for many other discoveries in recent decades. His contributions also led to the description of mutations in genes causing Lowe syndrome, incontinentia pigmenti and FRAXE syndrome. Additionally, he was an early contributor to the methods used to map and sequence the human genome.

“David’s contributions to the discovery of the genetic basis of Fragile X syndrome and several other intellectual disabilities, coupled with his passion for mentorship, generosity as a colleague, and incredible citizenship in the field of human genetics, distinguish him as a wonderful leader in the genetics community who is richly deserving of this honor,” said Dr. Huda Zoghbi, director of the Duncan NRI, professor at Baylor and Howard Hughes Medical Institute investigator.

“I am pleasantly surprised and delighted to be recognized for my service to ASHG and the field of human genetics,” Dr. Nelson who holds the Cullen Foundation Professorship in Molecular Genetics at Baylor College of Medicine and is the director of director of the graduate programs in cancer and cell biology and integrative molecular and biomedical sciences at Baylor, said. “I’ve strived to follow in the footsteps of my many cherished mentors who helped build the field of human genetics and the Society with the ultimate goal of helping fellow humans by understanding and finding treatments for genetic diseases.”

ASHG will recognize this year’s award winners in the weeks prior to the Society’s annual meeting with a series of videos honoring their accomplishments. These videos will also be presented during the meeting in Los Angeles between October 25-29.