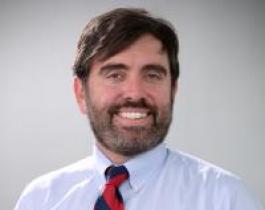 Peroxisomes are subcellular organelles responsible for several key oxidative reactions and breakdown of fats. Loss, or dysfunction, of peroxisomes leads to many devastating multi-system diseases with severe neuronal symptoms, which are collectively termed the Peroxisome biogenesis disorders-Zellweger spectrum disorders (PBD-ZSD). A recent study in the laboratory of Dr. Michael Wangler, assistant professor at Baylor College of Medicine and investigator at the Jan and Dan Duncan Neurological Research Institute at Texas Children’s Hospital, uncovered 18 genes that regulate peroxisomal biology – many of which may be potential therapeutic candidates for PBD-ZSD and other disorders affecting the peroxisomes. The study was published this week in G3: Genes/ Genomes/Genetics journal.

When peroxisomes do not form or are defective (as is the case with PBD-ZSD patients), it results in a wide range of symptoms such as poor muscle tone, seizures, hearing and vision loss, poor feeding, skeletal abnormalities, as well as life-threatening problems in multiple organs including the liver, heart and kidneys. There is currently no cure or treatment for this group of fatal disorders.

Peroxisomal biology is still in its infancy

To better understand how loss, or dysfunction, of peroxisomes contribute to PBD-ZSD, and to develop effective treatments, researchers need to first gain a thorough understanding of the genes that regulate the formation, turnover and function of peroxisomes.

In this study, the researchers screened a collection of 215 fruit fly lines that carried mutations in essential genes for potential defects in the structure and function of peroxisomes. This is the first study to undertake a systematic genetic approach to identify novel genes and pathways that regulate peroxisomes.

Since most essential genes are not amenable to peroxisomal studies, due to early lethality in development, the team generated mutant clones that lacked both copies of the genes of interest in the fat body of fly larvae. All the other cells of the larvae (except the clones) carried one normal copy of the gene which allowed for proper development and prevented early lethality. The dynamics of peroxisomes in the mutant clones and surrounding normal cells were visualized and analyzed using specific fluorescently-tagged markers.

Identified genes are an excellent starting point to understand peroxisomes

Interestingly, none of the genes identified in the screen directly encoded for peroxisomal proteins but are involved in a wide variety of cellular processes that potentially impact peroxisomal biogenesis and function.

“As of now, it is not clear if these candidate genes can be directly linked to PBD-ZSD or other known diseases; however, we (and others) can use these mutants to gather valuable insights into peroxisomal biology. Moreover, since peroxisomes are not routinely examined in clinical samples, this data provides a key starting point for these genes of interest, which could potentially be involved in undiagnosed conditions with overlapping symptoms. This study provides additional support for the use of forward genetic screening approach to discover novel genetic mutations that regulate peroxisomal function and contribute to dominant disorders,” Wangler said.