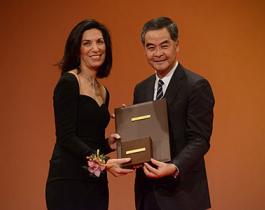 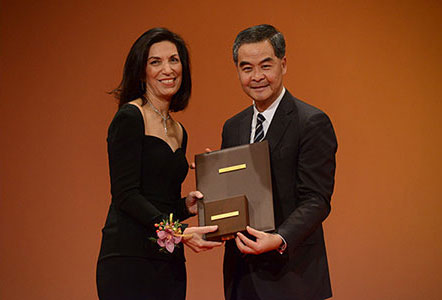 Dr. Huda Zoghbi, Professor of Pediatrics & Molecular and Human Genetics, Baylor College of Medicine, Director of Jan and Dan Duncan Neurological Research Institute, Texas Children's Hospital and Investigator of the Howard Hughes Medical Institute, USA and Dr. Adrian P. Bird,  Buchanan Professor of Genetics, University of Edinburgh, UK have been awarded the prestigious Shaw Prize in Life Science and Medicine 2016 for "their discovery of the genes and the encoded proteins that recognize one chemical modification of the DNA of chromosomes that influences gene control as the basis of the developmental disorder Rett syndrome".

Established under the auspices of media mogul and philanthropist, Mr. Run Run Shaw in 2002, The Shaw Prize is considered the "Nobel Prize of the East". The prize honors individuals, regardless of race, nationality, gender and religious belief, who have achieved significant breakthrough in academic and scientific research or applications and whose work has resulted in a positive and profound impact on mankind. Preference is given to individuals whose significant work was recently achieved and who are currently active in their respective fields.

The Shaw Prize is an international award managed and administered by The Shaw Prize Foundation based in Hong Kong. Mr. Shaw has also founded The Sir Run Run Shaw Charitable Trust and The Shaw Foundation Hong Kong, both dedicated to the promotion of education, scientific and technological research, medical and welfare services, and culture and the arts.

This is the thirteenth year that the Prize has been awarded and the presentation ceremony was held on Tuesday, 27 September 2016 and was followed by the Shaw Lectures. Shaw Prize consists of three annual awards: The Shaw Prize in Astronomy, The Shaw Prize in Life Science and Medicine and the Shaw Prize in Mathematical Sciences. Each prize carries a monetary award of one million two hundred thousand US dollars.