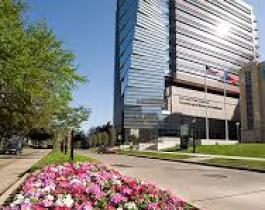 On Dec. 8, 2010, the Duncan NRI opened and was the first facility of its kind in the United States with a multidisciplinary research approach dedicated to pediatric brain disorders. Since then, NRI researchers have published more than 1,000 scientific studies in top-tier journals, discovered 72 disease-causing genetic mutations, completed one successful clinical trial for an intractable epilepsy, and have six additional clinical trials in development. The reach of these discoveries extends beyond the pediatric world, impacting critical understanding of a wide spectrum of neurological and psychiatric diseases including Alzheimer's, Parkinson's, bipolar, eating disorders, and addiction.

The Duncan NRI is the child of two great institutions; Texas Children's Hospital and Baylor College of Medicine. The NRI physicians and scientists are appointed through Baylor College of Medicine, the academic partner, and many see patients at Texas Children's. Those patients inspire the NRI's research. Discoveries are translated into practice at Texas Children's through clinical trials of promising treatments and therapeutics. Children are not just the motivation; they are also a key to solving neurological diseases. By focusing on rare pediatric conditions, researchers can unlock answers for countless more common adult diseases as well.

At the helm of it all is Dr. Huda Y. Zoghbi, founding director of the Duncan NRI, a Howard Hughes Medical Institute (HHMI) investigator and Baylor College of Medicine faculty member, a renowned neurogeneticist, and a central figure in the Rett syndrome research field. She focuses on genetic and cell biology approaches to explore neurodegenerative and neurodevelopmental diseases.

"Millions of people suffer from neurological and psychiatric diseases. Our goal is to discover the underlying causes of as many of these disorders as possible and develop effective treatments, improving the lives of patients and their families," Dr. Zoghbi said. "This is the reason we built the NRI 10 years ago, and what continues to inspire us every day."

In the early 80s and late 90s, as Zoghbi was near the end of her training as a pediatric neurologist, she met a young patient who changed her life. The girl had developed normally until she was 18 months old, when she began to develop seizures and balance problems, was constantly wringing her hands, and could not communicate. Unable to offer her parents anything more than an eventual diagnosis, Zoghbi set out to find answers for this family and many others, dedicating her career to research. She went on to discover the connection between the MEPC2 gene and Rett syndrome in 1999, which paved the way for the development of a diagnostic genetic test for the disease.

Her accolades are many, but Zoghbi remains focused on accelerating life-saving discoveries at the Duncan NRI, as well as advancing and elevating young, up-and-coming investigators, all with the goal of finding treatments that may be used in patients' lifetimes.

The NRI fosters a one-of-a-kind research environment uniquely designed to impact the future of neurological disease. About 30 investigators from around the world and their research teams, all experts in diverse disciplines – such as genetics, neurobiology, physics, mathematics, bioinformatics and engineering – work in specially designed "collaboratories." These open labs facilitate the free exchange of ideas, information and resources.

"Witnessing Dr. Zoghbi and her team revolutionize the field of scientific research with their collaborative culture is nothing short of miraculous," Mark A. Wallace, president and CEO at Texas Children's Hospital, said. "And then to watch these incredible scientists work seamlessly to transition those discoveries from the lab to the bedside truly convinces me we are headed toward a golden age of effective treatments for neurological disorders."

Everything the Duncan NRI has accomplished in the last decade would not have been possible without a generous philanthropic community, starting with Cynthia and Anthony Petrello and then Jan Ellis Duncan, who, with her late husband, Dan, made a $50 million transformational gift in 2007. Ten years later, Jan Ellis Duncan and the Petrellos remain committed to the Duncan NRI's mission in honor of the 300+ million children around the world with neurological diseases.

"A decade ago, we all made a pledge," Anthony Petrello, who is Chairman, President and Chief Executive Officer of Nabors Industries, and a Texas Children's Hospital Trustee and Duncan NRI donor, said. "The scientists, the physicians, the hospital leaders, and the donors all set out to change the landscape of neurological research, and while there is more work to be done, I am immensely proud of the first decade of discoveries."

The Duncan NRI was founded on the bold mission of solving devastating brain diseases, developing effective treatments. Building on the tremendous success of the first 10 years, the Duncan NRI looks to the future identifying the causes of previously undiagnosed disorders and developing promising new treatments for all those suffering from devastating neurological and psychiatric disorders.