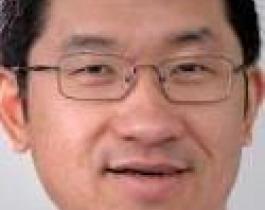 Three teams of Rice University and Baylor College of Medicine researchers have been named winners of the 2020 John S. Dunn Collaborative Research Awards. The annual program that began in 2008 supports new collaborations among researchers at two or more Gulf Coast Consortia (GCC) institutions. The program is funded by the John S. Dunn Foundation and administered by the GCC.

NRI investigator, Mingshan Xue, an assistant professor of neuroscience at Baylor and Jerzy Szablowski, a Rice assistant professor of bioengineering and a core faculty member of the university’s Neuroengineering Initiative, were among the awardees. They are working on region-specific and brainwide gene therapy for neurodevelopmental disorders. Because current treatments are only able to alleviate symptoms without addressing the genetic causes, researchers have a long-term goal to identify targets and develop methods to deliver gene therapies. They first plan to target pathogenic STXBP1-encephalopathy binding proteins associated with intellectual disabilities and epilepsies.

The other awardees include -