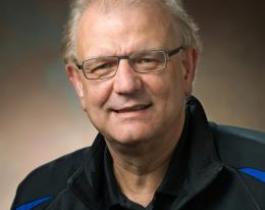 An exciting study published in eLife reports the generation of a large versatile library of fruit flies that can be used to perform efficient and elegant in vivo gene-specific manipulations.

“We anticipate this new collection of approximately 1000 fly strains will significantly alter how we do fly research. These transgenic flies will accelerate the pace of biomedical discovery by serving as an easy ‘one-stop shop’ to answer a wide array of questions for researchers all over the world,” said Dr. Hugo Bellen, professor in the departments of Molecular and Human Genetics and Neuroscience at Baylor College of Medicine and investigator of the Howard Hughes Medical Institute in the Jan and Dan Duncan Neurological Research Institute at Texas Children’s Hospital.

For more than hundred years, the humble fruit fly has been used to understand fundamental biological processes and has been a crucial tool for rapid preclinical gene discovery for myriads of human diseases.

In 2011, the Bellen lab developed a new research tool, MiMIC (Minos-mediated integration cassette), which leverages the unusual characteristics of naturally occurring ‘transposons’ (aka jumping genes.) When MiMIC is inserted in a specific gene, it enables the researcher to efficiently and accurately replace its content with any DNA fragment.

More recently, the laboratories of Drs. Benjamin White and Koen Venken developed a “Trojan” cassette consisting of a Splice Acceptor-T2A-GAL4-polyA (polyadenylation signal) that can replace MiMIC insertions located in coding introns of genes. The insertion of this cassette causes a severe loss of function mutation. Importantly, it leads to the production of the GAL4 transcription factor in the cells or tissues that normally express the gene in which it is inserted.

The GAL4 protein will bind to Upstream Activating Sites (UAS) present in transgenes and drive the expression of any gene that is downstream of the UAS site.  This allows expression of the corresponding fly genes affected by the GAL4 insertion and permits rescue of the phenotype of the affected gene in about 70% of the cases tested. Hence, variants or mutations of the gene can now easily be tested in vivo to determine if the variants affect protein function. The strategy also allows detection of the expression pattern of the gene by driving UAS-fluorescent constructs. In summary, it is a highly versatile tool that allows determination of functional characteristics of genes and determination of where genes are expressed.

The usefulness of the Trojan T2A-GAL4 technology spurred Pei-Tseng Lee in the Bellen lab to create the new libraries discussed in this paper. They converted about 619 intronic MiMICs with T2-GAL4 and tagged an additional 388 genes using a new gene-specific integration vector and a new protocol, called the CRIMIC (CRISPR-Mediated Integration Cassette).

The new CRIMIC vector is flanked by FRT sites allowing precise excision of the GAL4 containing swappable cassette.  This allows excision of the mutagenic insertion cassette only in the tissues or cells where the gene is expressed, reverting the phenotype in most cases.  The presence of FRT sites allows many additional elegant manipulations and should permit the removal of the GAL4 insertional mutation in specific cells or tissue at any stage of development or in adult flies. This in turn will allow researchers to determine the role of the gene/protein in any cell where the gene is expressed and will permit them to assess if the damage caused by the loss of the gene is reversible, i.e. has the loss of the gene caused irreversible damage or not. This may be important for human disease causing genes.

“In a nutshell, we have now adapted the MiMIC technology to alter thousands of flies and systematically characterize the expression and function of genes in great detail. The technology is based on CRISPR and the availability of genes with large introns. We are planning on creating many more of these insertions as they are extremely useful and versatile. However, it is among the most expensive initiatives we have undertaken to date. Yet, knowing that these flies have already helped discover many new human diseases and that they allow precise dissection of function of many variants/mutations makes the venture worthy and productive”, said Bellen.

Most of these fly stocks are available from the Bloomington Drosophila Stock Center.