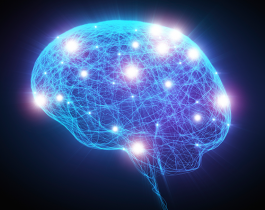 A collaborative study including researchers at Baylor College of Medicine, Massachusetts General Hospital at Harvard Medical School and the Jan and Dan Duncan Neurological Research Institute at Texas Children’s Hospital reveals today in the journal Cell that the ataxin-1 gene, which is known to cause the rare neurodegenerative disease called spinocerebellar ataxia type 1 (SCA1), also can increase the risk of Alzheimer’s disease in a mouse model of the condition.

While it was known that mutations that expand a region of the ataxin-1 gene cause SCA1, the researchers found that loss of ataxin-1 raises the risk of Alzheimer’s disease. The gene loss triggers in the murine adult brain increased production of amyloid beta peptides typical of the condition, alterations in both neuronal connectivity and the production of new neurons, and learning and memory deficits.

“In this study we collaborated with the laboratory of Dr. Rudolph E. Tanzi, professor and director of the Genetics and Aging Research Unit at Massachusetts General Hospital (MGH), and the laboratory of  Dr. Jaehong Suh, assistant professor of neurology at Harvard Medical School and assistant neuroscientist at MGH, whose previous family-based genome-wide association study (GWAS) had shown that variants of the ataxin-1 gene might be risk factors for Alzheimer’s disease,” said co-corresponding author Dr. Huda Zoghbi, professor of molecular and human genetics and of pediatrics and neuroscience at Baylor and director of the Jan and Dan Duncan Neurological Research Institute at Texas Children’s Hospital.

In addition, Suh, Tanzi and their colleagues examined the effect of knocking out the ataxin-1 gene in mice and found that the animals had learning deficits suggestive of a potential role of ataxin-1 in learning and memory, which are typically affected in Alzheimer’s disease.

“We wanted to further investigate the connection between ataxin-1 gene and Alzheimer’s disease, so we approached the Zoghbi lab, where the ataxin-1 gene was discovered and has been extensively studied for more than 20 years in the context of SCA1,” said Suh, who is first and co-corresponding author of this work.

The Zoghbi lab together with the lab of Dr. Harry Orr at University of Minnesota have discovered that repetition of certain regions of the ataxin-1 gene cause SCA1. This condition is the result of the cerebellum wasting away, which typically results in progressive deterioration of motor coordination and balance and difficulties with swallowing and breathing.

In this study, the researchers observed that knocking out the ataxin-1 gene had a different set of consequences. First, the effects were not focused on the cerebellum, but on the hippocampal region of the cerebrum, where they found evidence of increased generation of amyloid beta peptides and disruption of both neuronal connectivity and neurogenesis, which may explain the early observations of problems with learning and memory.

“We also investigated the molecular mechanism involved and identified alterations in a molecular cascade, including an increase in the BACE1 enzyme that plays a key role in the formation of amyloid beta peptide, the main constituent of amyloid beta plaques that accumulate in the brains of Alzheimer's disease patients,” Suh said. “BACE1 also is important in other neural functions.”

The group’s findings not only improve the understanding of this complex condition but suggest new therapeutic approaches.

“With our discovery that ataxin-1 is genetically and functionally associated with the risk for amyloid plaque formation, we have revealed an entirely new therapeutic avenue for preventing Alzheimer’s disease,” said Tanzi, co-corresponding author of the study.

“These findings were possible thanks to the generous support of funding institutions and foundations, such as the Jeffry and Barbara Picower Foundation that also provides opportunities for nurturing collaborations such as this one,” said Zoghbi, who also is an investigator at the Howard Hughes Medical Institute.