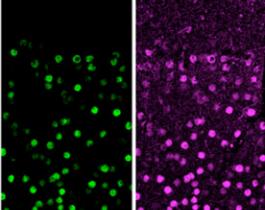 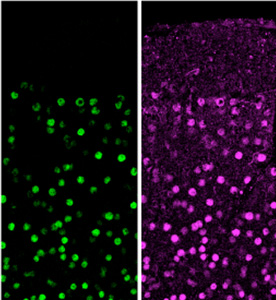 This discovery, published in Nature Genetics, perfectly illustrates how meticulous studies in animal models can lead to serendipitous discovery of new syndromes, which helps patients and their families to receive accurate diagnosis and more importantly, gives them hope for possible future treatments.

“There are two types of research. Applied research can help solve a specific problem that affects us today. However, sometimes, we need to take the long view and do basic research to understand a certain biological phenomenon and this kind of work can pay off in many surprising ways. This study falls into that realm of curiosity-driven research, which has fairly quickly and unexpectedly, led us to a new disorder and provided us with tools to understand many other neuropsychiatric conditions”, said Dr. Huda Zoghbi, the lead author of the study.

Excess activity of ATXN1-CIC complex is known to be responsible for Spinocerebellar ataxia type 1, a type of progressive neurodegenerative disease seen in adults. Moreover, mutations in CIC have been implicated in several forms of brain cancer.

“However, the role of ATXN1-CIC complex and specifically of CIC, in normal brain development and function, have long remained an enigma,” said Dr. Hsiang-Chih Lu, a co-first author of the study.

It is known that patients with large deletions of chromosome 6p22 (where ATXN1 gene resides) suffer from autism, intellectual disability, attention-deficit/hyperactivity (ADHD) and epileptic seizures. However, since those large deletions also affected the function of other genes, it was not clear if loss of ATXN1-CIC activity was indeed the cause of the observed clinical symptoms.

Prior studies that deleted genes of this complex from the entire animal proved inconclusive. Loss of Atxn1 caused only mild impairments in learning and memory while animals in which both Atxn1 and Atxn1l were deleted, died shortly after birth. Similarly, complete removal of Cic caused early lethality in mice.

So, in this study, the Zoghbi team undertook a nuanced and rigorous approach to dissect the function of the ATXN1-CIC complex. They deleted genes encoding this complex from specific brain regions. This allowed them to observe the functional consequences of reducing ATXN1-CIC activity on neurodevelopment without affecting the animal’s chances of survival.

Selective removal of this complex from the developing forebrain, the brain region crucial for higher-order cognitive functions, resulted in a host of dramatic behavioral defects, ranging from reduced anxiety, hyperactivity to impaired learning and memory.

Further investigations revealed that these defects could be partly attributed to abnormal synaptic connections involving neurons located in the upper layer of the cerebral cortex.

Furthermore, specific loss of CIC from hypothalamus and amygdala, regions of the brain that control emotions, affected the animal’s social behaviors.

Armed with a wealth of knowledge from these mouse models, the authors set about looking for patients who suffered from similar symptoms and also, carried mutations in the CIC gene.

“We were able to piece this part of the puzzle together with the help of a very useful online tool called GeneMatcher that was developed by Baylor-Hopkins Center for Mendelian Genomics. This helps to connect researchers with clinicians, genetic counselors and patient families, who are interested in the same gene(s),” said Dr. Qiumin Tan, a co-first author of the study.

Through collaborative efforts, they identified five individuals who presented with similar clinical symptoms, four of whom had spontaneous mutations in a copy of CIC gene and one individual who inherited a mutant copy of CIC from a father who had the mutation in 15% of his body cells.

“We are particularly interested in understanding the cause of the dramatic ADHD phenotypes in these patients and in our mouse models,” Zoghbi said. “ADHD is a common problem affecting many children but has been a very hard biological problem for researchers to solve. This study now provides us with a perfect entry point to understand ADHD and the other neuropsychiatric features seen in this disorder”.